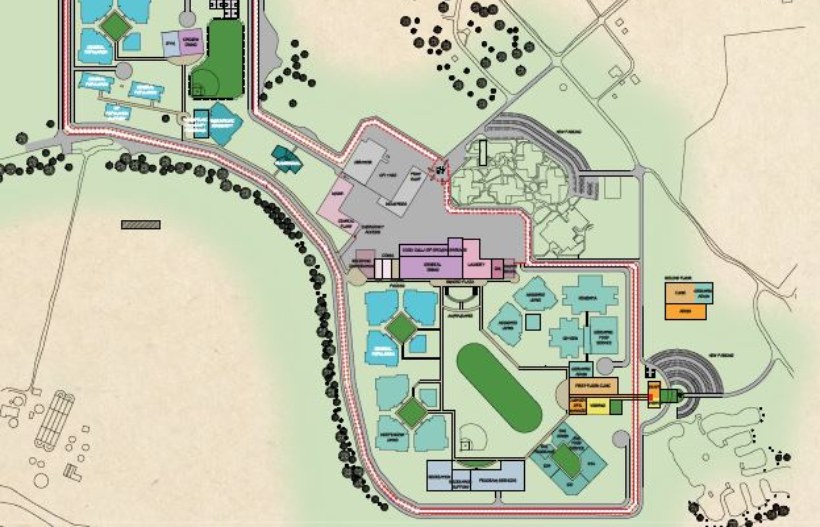 Many factors drive the need for strategic plans. Decades ago, in America, this need was often driven by a public that expressed ‘zero tolerance’ for most criminal activity, especially drug-related.

Also, the pressure of mandatory minimum sentencing practices that tended to lengthen the time an inmate would be incarcerated compounded the “war on drugs”. This impact was exacerbated by an “interventionist” approach of the federal and state courts in the enforcement of constitutionally protected conditions of confinement.

For one of America’s larger prison systems, the State of Ohio, these actions resulted in a prison rise of more than 20,000 inmates, over twenty-five years, to the current 50,000.

The need for strategic planning

In response to these factors, during the decade of the 1980’s and into the early 1990’s, Ohio experienced a major growth resulting in a large capital investment in prisons. These facilities were designed and constructed using generous space guidelines that are difficult to accomplish today.

However, that considerable investment, more than 25 years ago, in an adequate space per prisoner and sound construction methods served the State well as the pressures to accommodate many more inmates into existing prisons intensified.

Prisons’ ageing is exacerbated because of their 24-hour per day operation. Deterioration is particularly evident where doors are unlocked and locked and toilets flushed literally hundreds of times each day. Ohio did not ignore the need for regular maintenance of the prison system, but under the pressure of a doubled population with a different profile and a reduction in spending on preventative maintenance, the prison system required a strategic review.

Most maintenance capital investment models suggest that 30 years is a good benchmark for the typical life cycle of a prison. Every system exceeds this target but evidence demonstrates that life beyond 30 years in a prison is more expensive as systems require replacement. Of Ohio’s thirty prisons, eight (27%) exceed 30 years in operation.

The notion that “plans are useless but planning is essential” is valid prior to a strategic examination of any prison system. One has to only consider the dramatic shift in operating and design approaches over the past two decades to understand that before the ink dries on a comprehensive plan, public policy regarding the purpose of prisons has changed. But the process of planning, examining the evidence that is driving needs, is essential to responding effectively.

The Ohio strategic plan first examined how well investments made in prisons decades ago resulted in a prolonged use of the asset, and thus the system capacity. The examination of the prisoner profile and the dramatic increase in population that followed yielded an evidence basis for projecting future needs that considered changes in sentencing practices, among other factors.

Translating the capacity assessment and the projected need for profile-specific responses to the future prisoner population provided the “creative leap” for developing options. The strategic planning process resulted in a definition of priorities for capital investment.

A process before a plan

The strategic planning approach for Ohio first examined the financial implications of the life cycle and deferred maintenance costs, followed by the examination of capital needs to address evolving and emerging changes in policies that will impact the number and type of prisons that will be required over future decades.

Through effective leadership at the executive, legislative, and agency levels, Ohio recognised that a renewed focus on the types of care and treatment must be given priority if the high cost of reoffending is to be reduced. The operational and capital implications of this trend are massive.

Responding to disturbing increases in admissions and the consistently high rate of reoffending, the Department of Rehabilitation and Correction (DRC) began a comprehensive assessment of how the correctional system could become more effective in reducing both of these trends while assuring public and staff safety. As with all effective and sustainable change, the strategic plan was grounded in three underpinning fundamentals:

The planning process began with a clear vision statement from the Director (interviewed in this edition) for change in eight specific areas (women, medical/mental health, programs and treatment, reception, restrictive housing, dormitory crowding, community corrections, and special needs population).
The means and methods of implementing the vision will change over time, but the vision of a system that stresses social and economic reintegration from the first to the last day of incarceration formed a fundamentally defensible basis for the strategic plan.

The historical practice of relying upon empirical evidence to make operational, programmatic, and capital decisions was the foundation for the development of the strategic plan.
Each recommended capital project response was based on a quantifiable data basis. Using quantifiable variables to respond to social, political, and economic fluctuations are the reason to continually monitor and update the key indicators.

The Confluence of Opportunities

For the strategic plan to have a chance for success, a number of inter-related factors must align, creating the condition for acceptance. Incarceration is a result of criminal activity that is traditionally characterised by a period of confinement as retribution to the victim and the community.
Similar to most states in America, the crime rate in Ohio has been falling for decades. However, the application of laws requiring sentencing behaviour to be controlled by mandatory practices shifted much of the sentence discretion – that once resided with the presiding judge – to the hands of the prosecutor which is an elected position.

The major focus of the strategic plan was to identify the capital requirements to improve conditions and services represented by eight specific areas of need identified by the visioning process.
Specific operational and capital recommendations were made for changes in each of these eight specific areas. With this process, the total needs for the system were known and first priorities for capital investment established, including:

The State operates three prisons for women, the Ohio Reformatory for Women (ORW) being the primary institution. Two of the three women’s prisons are unable to expand, therefore the ORW campus represented the best opportunity to replace and provide additional bedspaces in a manner that improves the efficiency and order of the campus.
The strategic master plan identified the need for new prototype structures for housing, a severely mentally ill (SMI) unit, an expanded mothers and babies program, and additional program space for education, job training, and counseling for 1,000 women.

Prisoners with acute and chronic medical problems continue to increase in the population. The foundation for a concentrated medical response proposed the expansion and upgrade of the existing central prison hospital to provide 370 medical beds and reduce the reliance on contracted medical beds.

The prisoner population of those over 50 years of age is second only to the increase in the number of inmates with mental illness issues. The strategic plan recommended concentrating housing and services for the most needful elderly inmates at a single location by constructing 2,352 new specialised bedspaces and repurposing 950 bedspaces.

Status of the plan

At this writing, work has commenced on all three of the strategic plan priorities with a new housing building completed for women. Funding has been authorised for the design of the expanded campus for geriatric and mentally disturbed prisoners. This large prison is being divided into identifiable communities within one campus. Design work has also begun on the first elements of the expanded centralised medical complex.

Returning to the idea that plans are useless but planning is essential, Ohio is an example of how a strategic approach to identifying needs and priorities can sustain changes that continue to occur in political leadership and the public’s perception of crime and criminals.

Since the completion of the plan, in 2015, a number of legislative actions have rendered portions of the plan less important than others, but the process of evaluating the policy changes within a vision, evidence, and capacity context has allowed the DRC to manage change. At the end of the day, that is the purpose of planning.

Stephen A. Carter is the founder of CGL Companies and serves as the Executive Vice-President for Global Strategic Development. Through his comprehensive experience in justice systems, he directs technical studies in the areas of needs assessment, operational and architectural programming, design review, program management, and policy evaluation. He is a charter board member of the International Corrections and Prisons Association (ICPA) where he also chairs the Planning & Design Committee. Moreover, he is currently on the board of ICPA-North America. He was awarded his Bachelor’s degree in Architecture from Clemson University and his Master’s degree, in Urban Design and Planning, from the Architectural Association (London, England).