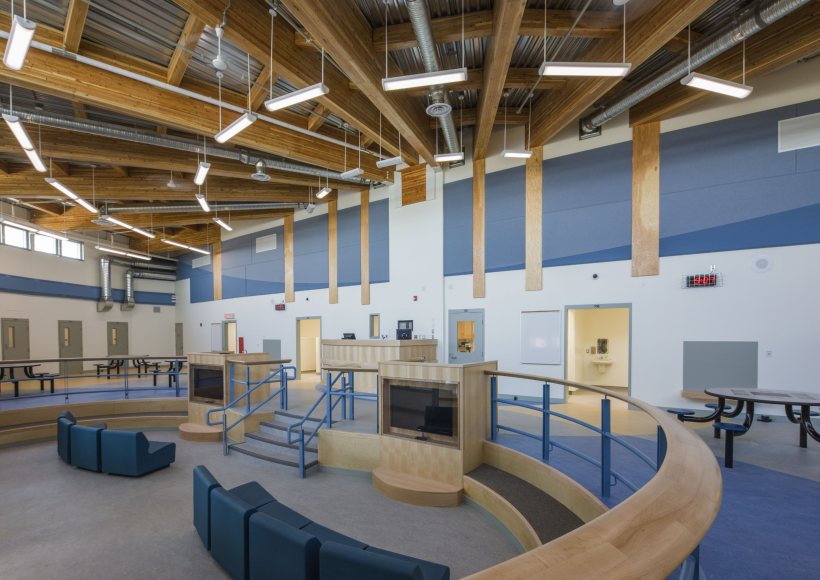 Developing correctional trends in Canada: some ideas from a lead justice designer

To be incarcerated means that the justice system has deemed that an individual be separated from society due to the fact that he or she is a threat to the community.

It means that selected individuals no longer have the freedom to move where they wish. It often means that individual choices such as meal selection, waking hours, and basic needs such as turning on a light have been removed from the individual and have been assumed by society.

As an extension of this control, it also means that the community has assumed the responsibility for the health, safety, and care for these individuals until such time that they are released. This is a responsibility that cannot be taken lightly.

In Canada, all incarcerated individuals enter into the provincial detention system until such time that the courts have either sentenced or released the accused. These individuals are presently classified as being on remand and are typically treated as maximum security threats.

If the individuals are sentenced to less than two years of incarceration, they remain in the provincial system. Should they be sentenced to more than two years, they enter the federal system. The percentage of remanded individuals who are sentenced to the federal system and who are subsequently classified as being a maximum security threat is less than 1% of the remanded population. The average inmate length of stay (ALOS) in provincial systems is short.

In Ontario, the ALOS, including sentenced individuals, is 31 days. It should be noted that many correctional officers work in prisons for over 30 years – which begs the question as to who are the “lifers”?

Correctional trends we can expect to see in the future

It is not normal for adults to sleep in bunk beds, share an open steel toilet with a stranger in one’s bedroom, or be subjected to strip searches every time one re-enters the facility. It is not normal to have limited access to fresh air or to be given few choices when dealing with the most basic of human actions. These scenarios are typical of most provincial facilities, especially remand facilities.

The Canadian federal system has, for many years, operated on a different premise wherein incarcerated individuals are placed in the least restrictive environments based on an individual’s comportment and classification. The Correctional Service Canada provides up to seven graduated levels of security environments.

While strict maximum security levels do exist, the lowest levels of security afford inmates a significant level of autonomy and dignity. In these situations, housing is similar to what one would expect at a college dormitory. We can expect to see similar graduated security environments being introduced to provincial remand facilities.

The trend towards normalisation is based on the belief that prisons should reflect the best of society’s values. There is no reason to diminish dignity for both inmates and officers when the right of movement is removed. Normalisation has proven to be more effective, less expensive, and supported by the majority of prison officers.

Experience has shown that provincial correctional facilities have led the way with respect to electronic integration, more so than even hospitals. Virtually every electronic device is controlled through integrated, user-friendly platforms.

We can expect to see this process evolving to the point where officers will be able to control security and building systems through handheld wireless tablets. Each cell will be “smart”. Being smart will allow the inmates to control (with override) many of the environmental functions including lighting, communications, temperature control, and to a certain degree, movement. Body scanners will reduce the need for strip searches.

There is growing awareness that prisons should not be the end of the road – a place of fear and a place of last resort. Rather, prisons form a constituent part of the community that provides a service – just as libraries and hospitals provide services.

Prisons do not allow inmates to leave the premises, but that should not mean that the community cannot enter the facility. Prison social and health services will be increasingly provided by the community.

Correctional officers are not trained to be psychologists, dentists, teachers or welders. Realising this, we will see prisons being increasingly designed as extensions of the community, with service amenities and security being effectively combined. Health, social, and education delivery will be provided by their respective ministries, and not by the correctional services.

In the future, it will be difficult to distinguish the “look” of a hospital or a school from that of a prison. Bedrooms will all be single occupancy with ensuite bathrooms. Tiered units will disappear. Inmates will have the opportunity to have limited control of access and entry to their rooms. Housing units will be linear.

Natural views and light will feature prominently in the design. Services will be decentralised to the maximum extent possible. Prisons will become places of refuge for the incarcerated. Of equal importance, prisons will become attractive and dignified work environments for the staff.

Robert Boraks is an award-winning architect, a Director with Parkin Architects Limited, and a visiting scholar at the Azrieli School of Architecture at Carleton University. He is Parkin’s lead justice designer and he is a frequent speaker at international conferences. 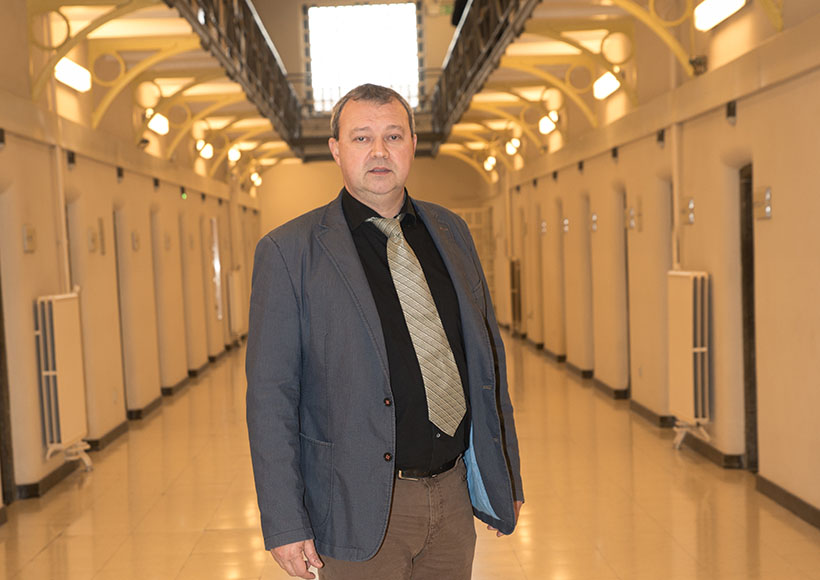