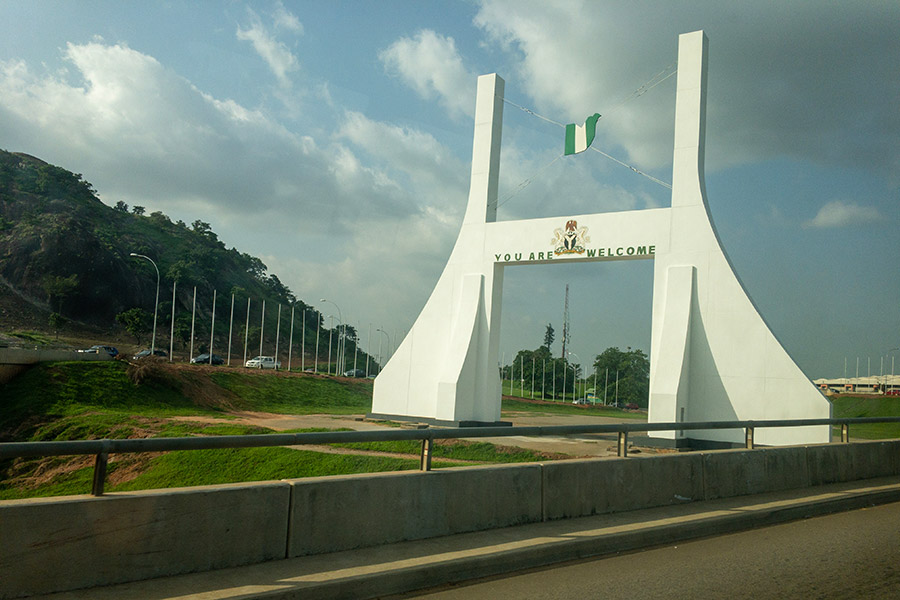 Context & Problem
Pretrial detainees in Nigeria are vulnerable to abuses of their fundamental rights. Suspects are routinely detained without being informed of the charges against them, denied access to Counsel, and also denied the possibility of bail. Detainees are often kept incommunicado for long periods of time. Bail provisions are often arbitrary or subject to extrajudicial influence. In some parts of the country there is no functioning bail system, so suspects are held in investigative detention for sustained periods of time. Numerous detainees have alleged that police officers demand payment before they can be taken before the court to have their cases heard. Data from the Nigerian Correctional Service indicate that approximately 71% of the total prison population are detainees awaiting trial [1]. Multiple adjournments in (some) cases can also lead to serious delays. State prosecutors, charged with ensuring due process in criminal arraignments, lack the mechanisms to monitor or control the police. The police’s reporting and filing system is inadequate, so many people are held in detention without proper records documenting their arrest or charges. Most notably, the power of magistrate’s courts to remand individuals who are suspected of crimes that are beyond their jurisdiction while they are awaiting a decision to prosecute or not, leads to the imprisonment of large numbers of people who have not been proved guilty. Stories abound of detainees who have been held in pretrial detention longer than the sentence they would have served had they been convicted of the crime in question.
Solution
The Police Duty Solicitor Scheme (PDSS) was specifically designed to reform the Criminal Justice System with a view to ensuring that prompt decisions are taken regarding the arrest, arraignment and prosecution of people alleged to have committed criminal offences in Nigeria. The Scheme, which was developed by the Legal Aid Council of Nigeria (LAC) in partnership with the Open Society Justice Initiative (OSJI) and the Nigerian Police Force (NPF), has had significant impact on prison decongestion. It involves suspects being offered prompt legal assistance and advice at police stations by duty solicitors on a 24h basis. This scheme became operational in the pilot states of Ondo, Kaduna, Imo and Sokoto in 2006, following a tripartite Memorandum of Understanding (MOU) between the collaborating partners [2]. The main objective of the scheme was to reduce the average duration and turnaround time of legal advice between the Police and the Director of Public Prosecution. This is to ensure absolute respect for the constitutional rights of suspects, detainees and accused persons/defendants, as well as to resolve simple cases that affect public safety and security. Hence, the MOU was built on cooperation, openness, mutual respect and, above all, respect for the rule of law, due process, the constitutional rights of citizens and the Government’s responsibilities. The Memorandum clearly lays out each party’s responsibilities. The Nigerian Police Force is responsible for supporting duty solicitors in the performance of their duties by ensuring that they have access to suspects in custody through the Police Liaison Officers, for assisting the Legal Aid Council and the duty solicitors with information supporting the just and quick determination of a matter and thereby avoiding undue hardship, and ensuring the effective implementation of the scheme. The Legal Aid Council has been charged with providing the Lawyers who will act as duty solicitors and be responsible for the operation of the scheme throughout the 36 federal states and the Federal Capital Territory, Abuja. Moreover, the LAC shall designate and deploy an adequate number of duty solicitors to guarantee the effective implementation of the scheme. The Open Society Justice Initiative shall provide technical assistance, including training the duty solicitors and the Nigerian Police Force personnel engaged in the implementation of the programme. This party has also been responsible for producing the PDSS manual and coordinating and monitoring the effective implementation of the scheme. Finally, the Council is responsible for engaging the services of duty solicitors who are then assigned to the country’s police stations. The duty solicitor then renders legal assistance to any person that comes in contact with the police. Solicitors ensure that the Police follow due processes in accordance with the Constitution while interrogating suspects. Moreover, they make sure that, within the confines of the law, suspects are released on bail as soon as possible. The duty solicitor is also charged with the responsibility of ensuring the immediate release of suspects who have not committed any criminal offence. During the pilot stages of the programme, the Legal Aid Council was only able to provide duty solicitors to a few police stations and in just one of the federal states, which was far from adequate. The reason for this was lack of financial and human resources. In addition, another challenge to be overcome was a lack of awareness within the organisation and its functions at that time. The PDSS initiative called for a strengthened relationship between the LAC and the Nigerian Police Force to ensure that indigent citizens access their fundamental right to benefit from appropriate and timely legal services upon arrest. The Legal Aid Act 2011 (Section 19 (2)) provides that “It shall be the duty of all Police Officers and Courts to inform suspected persons of their entitlement to the services of a legal practitioner from the moment of arrest and, if such suspects cannot afford the services of a legal practitioner, to call upon the Council to represent them if they so desire”. The above provision is further supported by the Administration of the Criminal Justice Act 2015 (S.6 (2) (c)) which provides that:

(…)(c) free legal representation by the Legal Aid Council of Nigeria where applicable.”

To achieve successful implementation of the PDSS, the Council has strictly monitored the activities of the duty solicitors, provided further legal assistance to suspects on completion of their cases, coordinated training, provided working tools for duty solicitors and collated and reviewed the performance reports resulting from the activities and case files of the duty solicitors.
In 2010, the PDSS was extended to Kebbi and Edo States with the support of the Open Society in West Africa (OSIWA) and the Right Enforcement and Public Law Centre (REPLACE). The Mac Arthur Foundation also assisted the LAC in implementing the Scheme in the Rivers and Plateau states. REPLACE implemented the scheme in the Nasarawa State with the support of the Swiss Embassy in Nigeria and the United Nations Office on Drugs and Crime.
Results

The Legal Aid Council undertook a review in 2015 to assess the impact of PDSS. The main conclusions have been that the programme should be institutionalised as part of police activities and that the initiative should be implemented nationwide.

In September 2017, the Inspector General of Police signed a Regulation providing for “free legal services under the Police Duty Solicitor Scheme for persons detained or arrested by the police”. This milestone was only achieved through a sustained effort to advocate on behalf of the scheme to the Nigerian Police Force. In this process, we had the support of our partners, OSJI and REPLACE.

The successes achieved through the implementation of the PDSS are immeasurable in terms of cost effectiveness and impact.

National Youth Service Corp Lawyers are deployed by the LAC as Duty Solicitors in Police stations and paid a stipend to cover their transportation cost to and from the police stations or courts. Therefore, the legal service is provided for free to any person arrested or detained by the Police.

Ultimately, the Criminal Justice System is the greatest beneficiary of PDSS’ cost effectiveness. The reduction in numbers of people detained or incarcerated in police stations/prisons reduces the material resources needed to maintain them. Moreover, the fact that many of those people remain within their communities and continue their economic activities contributes to the economic growth of the Nation.

In terms of impact, the statistical analysis of the collated monthly reports from 2005 to 2013 in the four focal states of Sokoto, Ondo, Imo and Kaduna demonstrated the considerable impact of PDSS on the number of pretrial detainees.

As part of LAC’s desire to extend this scheme to all the Federation’s states, it is partnering with the Nigerian Bar Association to promote the provision of a pro-bono duty solicitor service by private legal practitioners across the country.

It should be noted, however, that the scheme is not without its needs and challenges, not least being the need for the Government to allocate a specific budget for PDSS to enable it to be effective in all police departments nationwide, as well as the necessity for technical and financial support from donor agencies and development partners to improve the scheme’s operations and effectiveness across the country.

References
[1] Nigerian Correctional Service statistics summary as of 4th July, 2022 as provided at www.corrections.gov.ng
[2] MOU for the implementation of the PDSS was signed on the 13th of June, 2006 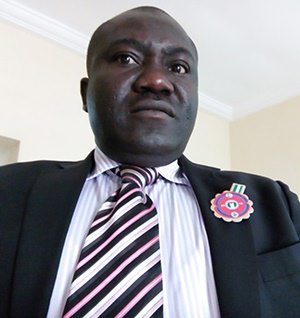 Bamidele Ibikunle is the Director of International Operations at the Legal Aid Council of Nigeria. He was admitted to the Nigerian Bar in 1990. He has been actively involved with the Police Duty Solicitor Scheme (PDSS) since its inception in 2006. He has spoken at several local and international events raising awareness of the initiative. Mr Ibikunle is also involved in the training of lawyers across Nigeria. He has written about the programme in various publications. 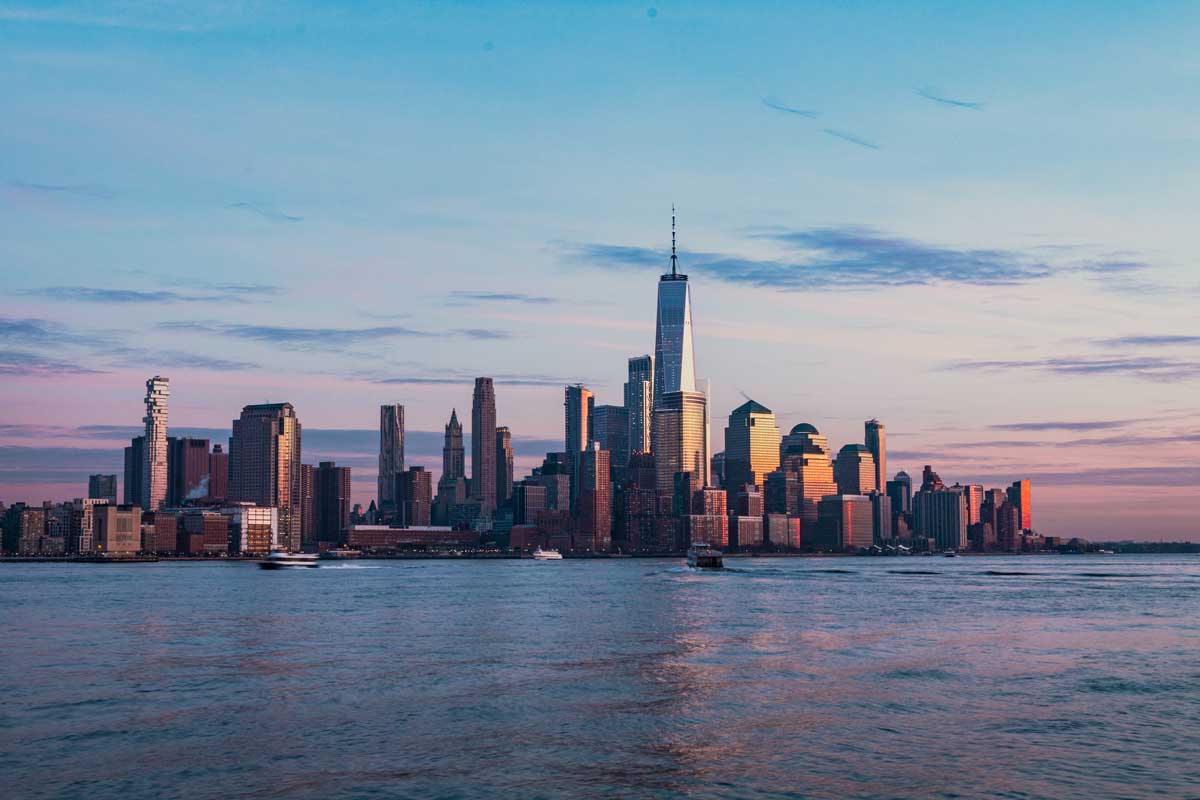