Promoting a more cohesive legal space in Ibero-America and beyond

Secretary-General of COMJIB, Conference of Ministers of Justice of the Ibero-American Countries

The COMJIB is an international and intergovernmental organisation, based in Madrid, which brings together the Ministries of Justice of the twenty-two countries that make up the Ibero-American Community. It is a reference organisation in the promotion of public policies on justice and in the formation of alliances for the construction of a more cohesive legal space. Its mission and fundamental objectives are to promote public policies with the commitment to improve the quality of justice and to study and promote forms of legal cooperation among the member states.

JT: What are the main objectives and lines of work of COMJIB?

Likewise, COMJIB is involved in the promotion of several international instruments such as the Simplified Extradition Agreement – which is already in force in several countries – or the Treaty for the Use of Videoconference in the Judicial Systems of Ibero-America, among others.

We work in several fronts: the fight against transnational organised crime, the modernisation of justice systems, the reform of prison systems, access to justice, the strengthening of Ministries of Justice and the prevention of crime.

We have designed a strategic plan incorporating the results-based management model around eleven strategic objectives and twenty-five programmatic initiatives to be implemented between 2016 and 2023. This plan is aligned with the goals of the UN’s 2030 Agenda on access to justice for all, the promotion of peaceful societies and solid and effective institutions.

Significant milestones are taking place, mainly because the member countries are trusting to take steps beyond the traditional and even beyond the Ibero-American. In 2016, I began a laborious process before the Sixth Committee of the UN, thanks to the impulse of the government of Spain and the co-sponsorship of the Ibero-American countries represented in New York, which led to the acquisition of the status of Permanent Observer Organisation of the UN General Assembly.

This achievement connects with another very important topic: the promotion and negotiation of the International Treaty Project on the Electronic Transmission of Requests for International Legal Cooperation between Central Authorities, which will provide legal validity in real time for communications and information, with which the States are assisted, for the resolution of international legal cases.

Hence, the iber@ technological platform, which for thirteen years has facilitated informal communications among the Ibero-American authorities, will be completely re-founded. These events are connected because this treaty foresees the adhesion of extra-regional States, a historic step that points in the direction of COMJIB becoming a global strategic partner in international legal cooperation matters.

JT: What is your view on the penitentiary issue that exists in most of the member countries of the Ibero-American community?

ABM: There are many nuances about how we face the penitentiary issue. Practically all the Ministries and homologous institutions that make up our Conference are responsible for the prison administration. However, the issue is complex and requires a systemic and global vision; Any analysis that seeks to address the prison reform issue can be reductionist or it would not be well done if only its causes and effects from the prison door inwards are analysed.

I think the depth of the issue has to do with the cultural confection of our thinking that revolves around punitive conceptions and with the monopoly concession that historically we have granted to Criminal Law to direct the strategy of prisons and the stigma that weighs on the persons deprived of liberty before the trial, serving a custodial sentence and after it.

In this sense, COMJIB ordered a research on the impact that the accusatory criminal model has had on the countries with the oldest data in its implementation. This issue arose at the proposal of Panama, which had one of the highest rates of preventive incarceration in Latin America. The debate around this issue has to do with the use of pre-trial/remand detention and alternative measures and the high litigation rate of the judicial systems, but it also has to do with an incipient culture of alternative or simplified resolution of conflicts and criminal causes.

We have been devoting a lot of energy to this topic and we already have interesting results from this line of work in combination with the modernisation of the justice systems. I am referring, for example, to the guide for the implementation of the electronic bracelet, in support of the member countries that began their journey with this monitoring mechanism.

Crime prevention is also a line of action that must still be strengthened and that must contribute to one of the most important subjects in penitentiary matters: social integration and post-prison treatment. At this point, we have the achievements made under the EUROsociAL II Program (Program for Social Cohesion in Latin America, funded by the European Union), which we hope to continue.

The depth of the issue has to do with the cultural mindset of our thinking that revolves around punitive conceptions and with the monopoly concession that historically we have granted to Criminal Law to direct the strategy of prisons and the stigma that weighs on the persons deprived of liberty before the trial, serving a custodial sentence and after it.

JT: What are the main challenges that member countries in Latin America and the Caribbean face in terms of their prison systems?

ABM: In order to identify the causes of their Prison systems’ issue and to promote reform trends, we should refer to the study carried out by the UNDP (United Nations Development Program), in 2012, on the citizen security in Latin America. The three proponents of crime in the region revolved around the easy access to firearms and the problematic consumption of liquor, drugs and narcotics. In addition to the problems of penitentiary institutions – such as the fight against corruption, the lack of implementation of security protocols and inadequate infrastructure – some regions face complex scourges that make the integral reform of prison systems even more difficult of which the phenomenon of gangs is an example. Latin America has been battling against the global drug problem. It must be remembered that, in 2012, the Organisation of American States began to openly discuss this issue and a study was prepared that resulted in the assertion that those regions of transit or illegal drug trafficking are the most affected by violence.

JT: How is COMJIB supporting the efforts to modernise and reform the correctional systems of the countries of Latin America and the Caribbean?

ABM: We must reflect on the factors that the security and justice policy at the regional level should address. In spite of the adverse and complex scenario, we have been promoting meetings of experts and officials in matters of prison reform and have been able to transfer knowledge and good practices.
Some countries have made progress in improving the design of more modern prisons and with adequate prison management models such as the Dominican Republic and Ecuador. In turn, Chile, Colombia, Argentina and Peru have made progress in implementing electronic monitoring, encountering challenges not only related to its complex implementation but also to the lack of uniformity in the price of these surveillance technologies. In general terms, we would say that Spain, Portugal and Uruguay have a fairly global control of their prison systems to which some South Americans are already beginning join. These are bidding for a space in the total quality.
At our Plenary Assembly in April 2017, the Ministers wanted to reach a level of greater detail and involvement of their offices and created the Committee for the Reform of Prison Systems whose first meeting is at the beginning of 2018; the challenges concerning the standardisation and harmonisation of inputs for the improvement of prison systems will be discussed, with more property, which will open a more modern and clear dialogue that will surely benefit the region.

In the line of reform of the penitentiary systems, we have been working on socio-labour insertion, gender and development of infrastructure models with parameters that are consistent with the respect for human rights.

JT: What especially successful actions should be highlighted?

ABM: The achievements up to this date and which have resulted in interventions in different countries through the EUROsociAL program (of the European Union) and other programs of the Spanish Agency for International Cooperation are successful.
Within the framework of the EUROsociAL II Program, in addition to the project on socio-labour insertion, other actions have been carried out, from which important impact results have been derived at the national level. As an example, six strategic plans were implemented on strengthening alternative mechanisms to resolve conflicts in sectoral public policies in Costa Rica, Honduras, Nicaragua, Panama and Paraguay. ,
Another project that has had the most results is the Harmonisation of Criminal Legislation Project to effectively combat organised crime in Central America and the Dominican Republic, which added efforts from COMJIB, the Central American Integration System, the SICA Spain Fund, and of the set of institutions of the justice and security sectors in the region. Under this project, a normative framework gathering the criteria to harmonise several criminal types and procedural instruments was approved.

In the line of reform of the penitentiary systems, we have been fundamentally working in terms of socio-labour insertion, gender and development of infrastructure models with parameters that are consistent with the respect for human rights. Within the framework of the EUROsociAL II Program of the European Union, COMJIB managed, as an operating partner, the project “Socio-Labour Insertion of Persons Deprived of Liberty”.

Among the results achieved, it is worth mentioning the approval, by the Ministers, of the Regional Rules for the Social and Labour Insertion of Persons Deprived of Liberty and Released, which constitute a declaration of minimum bases to achieve social and labour insertion through training. Furthermore, contemplating the specificities of the women, a regional standard of 80 norms was also approved to favour their inclusion and the processes of socio-labour insertion from a gender perspective.

In terms of prison infrastructure, in 2013 the Guide to the Development of Penitentiary Infrastructures was approved, which we developed together with the Prison Infrastructure and Equipment Society and ILANUD.
This guide offers a series of guidelines for prison construction in accordance with the most relevant international standards regarding the treatment of inmates. On the other hand, the Legislative Assembly of Nicaragua was inspired by this harmonising document in the recent approval of its Law against the Ill-treatment of Persons.

Arkel Benítez is the Secretary General of COMJIB since 2015. He holds a degree in Juridical and Social Sciences from the University of San Carlos in Guatemala, and is an expert lawyer in Criminal and Procedural Law and also a notary. Until his election at the head of the COMJIB, he held several positions in the Government of Guatemala: he was Deputy Minister of Violence and Crime Prevention of the Ministry of the Interior and previously Deputy Minister of Support to the Justice Sector, as well as the Legal Counsel of the Prosecutor General. He is a university professor in subjects such as General Theory of the State and Criminal Law. 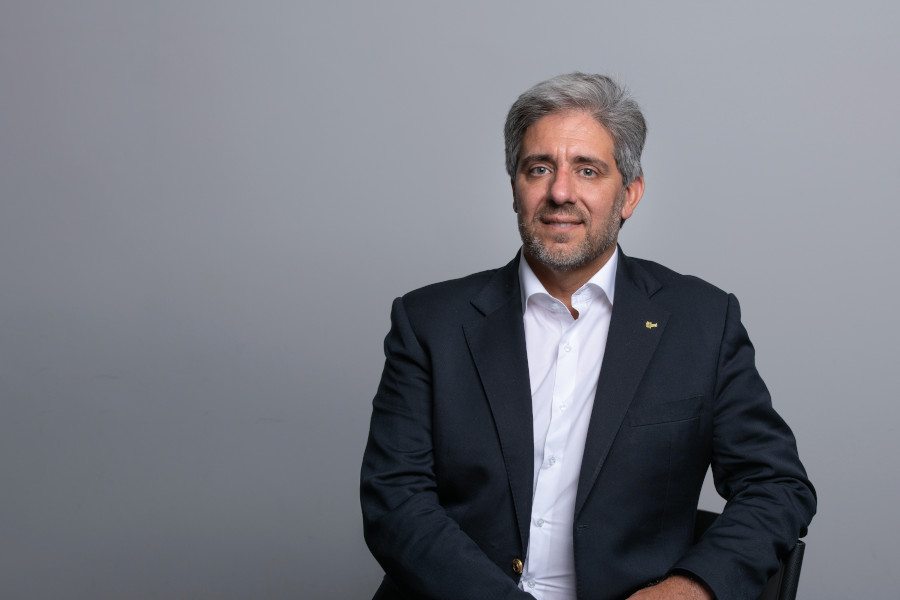