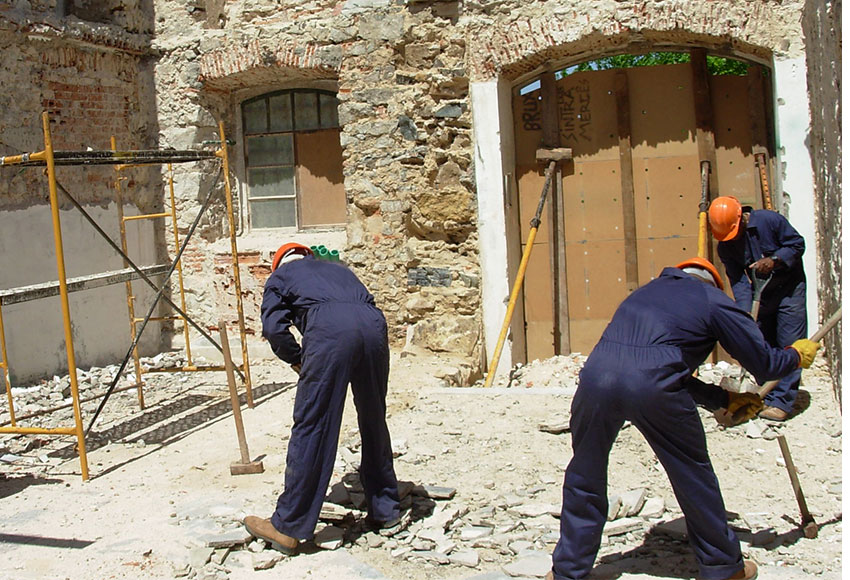 The prison service in Hungary is a state-governed armed force supervised by the Ministry of Interior, aiming at protection of society and their sense of security. The prison service is surrounded by a constantly changing legislative framework and increasing national and international expectations.

The executive body of the organization is the Hungarian Prison Service Headquarters, which supervises 30 prisons, 12 limited companies and 4 auxiliary institutions with more than 8 000 staff members and around 16 500 prisoners. One of the prioritary tasks is ensuring the sentence execution and the reintegration of prisoners. This task is fulfilled mostly by offering opportunities to take part in various activities, using elementary education, vocational training, employment, therapeutic activities, recreational and leisure activities, sports and several other courses dedicated to the rehabilitation of the subjects.

Following the final sentence of a court, it is up to the Hungarian Prison Service Headquarters to determine when and in which prison should the convict be incarcerated. The convicts undergo an identity check and a medical examination. Admission talks are conducted by the case managers and psychologists; they evaluate the prisoner’s history and willingness to cooperate. A plan related to the prisoners’ inclusion into certain activities is aimed at personality development and work. Prisoners are classified by security and threat level that can determine the place of their employment. The security classification depends on their behaviour, compliance with internal rules and willingness to cooperate. The Committee for Admission and Involvement designates workplaces for the prisoners, taking into account their workforce requirement and vacancies.

The security level of the convicts can be high, medium or low, which is one of the key factors that are considered when designating workplaces. Thus, the decision of the Committee considers the workplace’s security requirements, the required qualifications and medical status as well. The classification matrix made during this procedure facilitates a more successful reintegration, contributes to the economy of their work and the physical and mental wellbeing of the prisoners.

Based on the Hungarian Prison Code, work is mandatory for convicted offenders. The employment of convicts is organised in a structured, regular manner, in a for-profit framework, which is exempt from the provisions of the Hungarian Labour Code.

The employment of prisoners has two forms: the first is the so-called “budgetary employment”, which covers the tasks associated with the maintenance of an institution. This employment involves working in the workshop, laundry, kitchen or storage rooms. Prison institutions cannot act as enterprises, meaning they can only perform certain activities according to their capacity – this also means income for them. Based on the current regulations, maintenance-related tasks, cleaning and caretaking are not considered employment.

Employment started to become more and more organised by the end of the 18th and beginning of the 19th centuries, when more and more, regional level regulations emerged. The foundations of the current system lies in the 1950s, when the legal predecessors of our current limited companies started operating.

In the late 1980s, a decree mandated the restructuring of prison enterprises into limited companies. To facilitate this shift, 12 limited companies were established on the 1st January 1994. After that change, the employment of prisoners has become the main task for these limited companies. It used a new structure with an increasing number of prisoners and the expansion of activities they offered, which still applies today, 25 years later.

The chief purpose of the limited companies (prison enterprises) is the employment of prisoners. They are different in their operation from the players of the free market, as it is governed by two key aspects: their efficiency and the amount of prisoner labour that can be put to use. In 2015, the Director General of the Hungarian Prison Service re-organized the 11 limited companies into a corporate group, with the Bv. Holding Ltd. as the 12th, governing member. To ensure a successful cooperation and joint venture, the limited companies operate as a unified financial structure with coordinated internal services alongside harmonised executive decisions, planning and legal matters.

Albeit Bv Holding Ltd. is a member of the circle of the limited companies, it has governing rights above them that means that it can directly influence, harmonize and fine-tune their operation to ensure adherence to our standards and an efficient day-to-day operation. The subordinated companies have various profiles according to which they operate, and each of them have a headquarters that is usually adjacent to a prison institution, which facilitates the inclusion of prisoners as employees and as workforce. The range of the products offered by the company group is diverse.

Products produced and distributed by the commercial companies of the Prison Service are competitive with the products of other commercial companies. Members of the company group adhere to the quality assurance regulations to ensure quality and customer satisfaction continuously. It is a priority strategic task to grow the numbers of inmates employed.

Since they operate next to prisons, the status of the limited companies is uniform. The workplaces are located outside the prison premises, which means security elements are in place. The premises of agricultural limited companies are different, because of the areas that are too large and distant to be surrounded by fences. These workplaces are operated with guards; their number is determined by the amounts of working prisoners.

Contrary to the budgetary work performed within the prisons, limited companies offer the largest variety and scale of employment for prisoners. Each one has infrastructure which ensures the conditions of efficient employment of prisoners.

The companies are regulated to cooperate with the prisons to help the reintegration of prisoners and to make sure that as many prisoners are included as possible. The companies operate for income, but they are also required to ensure that prisoner employment and full-scope involvement is a priority during the procedure. This duality can have a relevant effect on the strategy and leadership of the companies as they keep employing prisoners without profit from budgetary sources – instead, their sole income relies on selling their products. This is a constant challenge, since the innovations and solutions used by the external market are hard to keep up with, in order favour prisoner workforce instead of automatization and machinery.

In this view, the Government declared the Hungarian Prison Service as the authority responsible for central supply. As such, the Headquarters process the orders and designate which limited company should satisfy these needs. Among the beneficiaries are police authorities, hospitals and other state-governed organisations. The limited companies are obliged to satisfy the procurement-related issues if needed. This novelty gave grounds for financial stabilisation of the companies and provided opportunity for developments that are crucial to manufacturing quality products.

As a result of these changes, the income of the companies has increased significantly, along with expectations and quality requirements of the market itself. The prison service remains responsible for monitoring these needs.

One of the principal aims is to ensure that upon release, convicts find themselves the opportunity to return to society on their own will, and to continue as law abiding citizens. Therefore the convicts’ stay and their lifestyle in prison has to be formed as comparable to society as possible.

Working in external facilities is also beneficial because of the civilian environment. They often perform the same tasks as their non-convicted colleagues. With due precautions, civilians and prisoners will actually work together, which is a powerful tool that assists reintegration. The inmates can get to know the systems outside of the criminal justice systems and acquire certain behavioural patterns they can use in the future.

Employment is a vital tool for the successful reintegration; the inmates can recognise and accept the importance of having a proper job, learn useful vocational skills and work experiences, which contribute to the increase their chances within the labour market following release. Prison companies have a crucial role in reducing recidivism.

By 2017, the prison service managed to achieve the full-scope involvement of the prisoners: prisoners are employed, participate in therapeutic activities and are being educated. The total number of involved prisoners is close to 11 000. 4 500 prisoners work within the prisons, 70% of them perform regular, maintenance-related tasks, while the rest of them are employed in contracted workplaces. It is a constant effort to find opportunities for prisoners to work in a field they have expertise in, unless they are prohibited from doing so by court. These prisoners usually work within workshops, kitchens, sanitation, catering, hairdressing, caretaking and storage management. Thanks to this alternative, the prisons do not have to employ external contractors for maintenance-related tasks, resulting in reducing state expenses. The goal is complete self-sustenance.

The goals and benefits of employing the prisoners can be summarised according to the following: facilitating reintegration; preserving mental and physical health; opportunity to earn an income;  maintaining internal order and security; contribution to the costs associated with incarceration; maintaining internal supply.

There is also an educational framework dedicated to the development of skills and abilities. Prisoners can work more effectively if they are qualified in what they are doing, thus education is a crucial tool for reintegration, and is focused on vocations that are greatly needed for the labour market.

This way workers have the required practices when released from prisons. The students attend courses, have written or oral exams, visit libraries just like their peers outside. Several prisoners perform their final exams following the completion of their primary studies, and many of them successfully receive a certified qualification during their deprivation of liberty.

Today’s system of corrections is not only the execution of court sentences involving the deprivation of liberty, but a wide spectrum of interlinking mechanisms with the general mission of leading the prisoners back into society. This is a task that is not only necessary, but also fruitful: if successful, it contributes to security, requiring constant adaptation.

The employment of prisoners can indeed have a place in the framework of successfully functioning state enterprises. There is a market for the articles made through prisoner labour and the prison service reached self-sustenance in certain areas.

All in all, it is apparent that the concept that the Hungarian Prison Service follow is a unique one: it involves state-governed entities who – as a result of a strong cooperation by the key parties – can satisfy both the needs of the fellow armed forces, governmental agencies and private customers as well, and in the meantime ensure a profitable day-to-day operation and a viable alternative for facilitating the reintegration of prisoners.

To conclude: the concept works, and all the legal devices are in place to ensure that prison industries remain an effective, profitable and socially useful way of providing better alternatives to the prisoners.

Colonel Tamás Farsang currently serves as the Executive Director of Bv Holding Ltd, an office he has since 15 December 2018. His tasks involve the coordination of the 12 limited companies dedicated to the employment of prisoners, supervision of their operation and the fulfillment of tasks emerging from provisions and regulations. 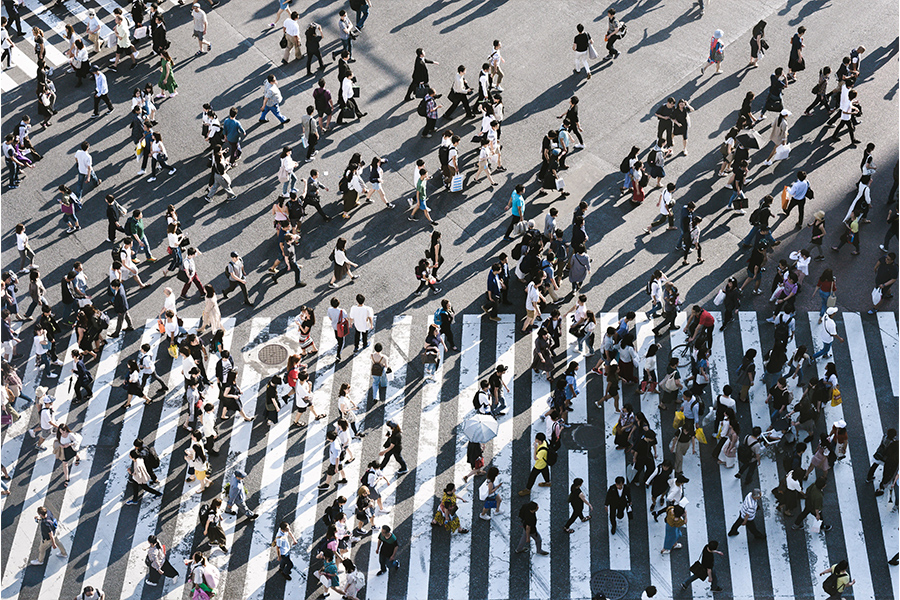 Corrections as a Societal Driver: The Case for Modernization
Nos ajude a melhorar a Revista JUSTICE TRENDS em Português!