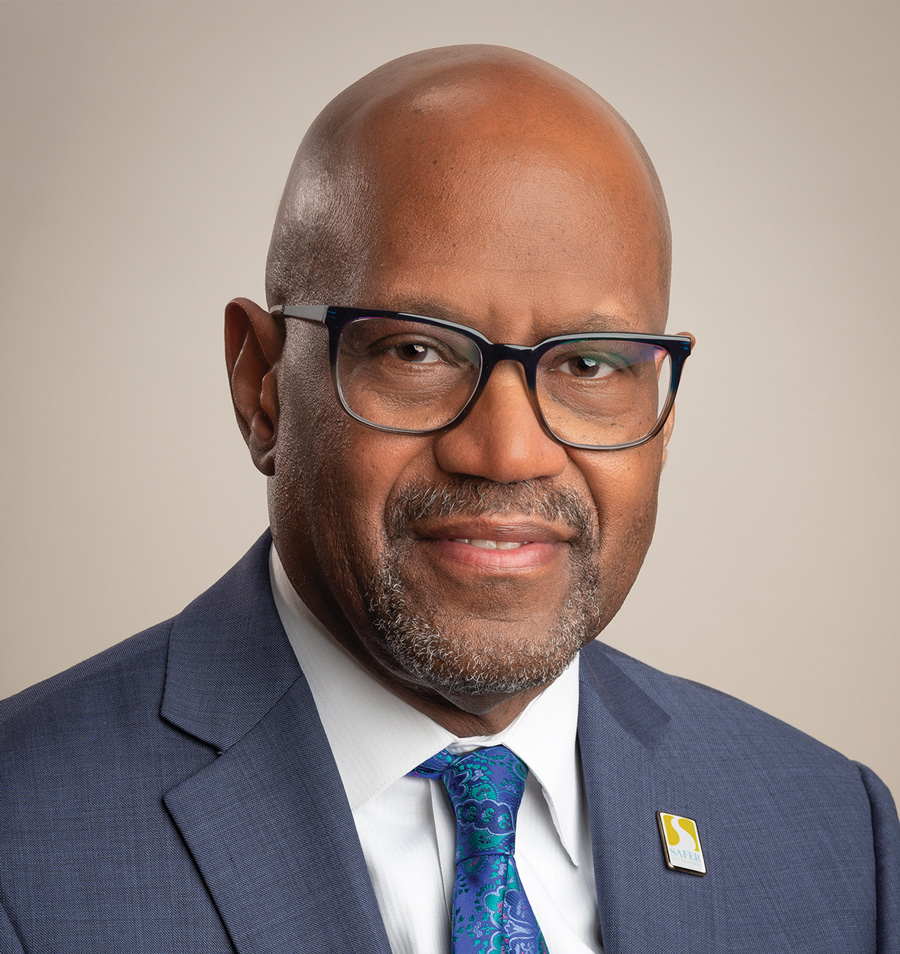 Who exactly are Safer Foundation’s clients, and how do you support them to become law-abiding citizens?

VD:  For almost 50 years, the Safer Foundation has provided workforce development services for individuals with arrest and conviction records in Illinois and Iowa. Our clients are currently incarcerated in state prisons, county jail, awaiting trial, on probation, on parole or in the community and no longer under supervision. Safer Foundation supports individuals regardless of the nature of their criminal conviction or the time that the conviction occurred. Our clients may have a criminal record from an event that occurred decades ago but need assistance today. Moreover, we serve men, women and justice-involved youth. We are a non-governmental organization (NGO) funded by federal/ state/local government, philanthropy, and private donors.

Safer Foundation also operates numerous social enterprises designed to provide training and employment opportunities for our clients and generate operating income for the agency. Those enterprises include a construction company, an alternative staffing agency and a call center operation. We believe the key to our clients becoming law-abiding citizens is for them to become fully functioning citizens and able to sustain themselves and their families economically. To become fully functional and self-sustaining requires us to assist them with a wide range of programs and services. Our end game is to assist them in becoming employed in the private sector in living wage opportunities or to become entrepreneurs.

What are Safer Foundation’s most significant achievements to date?

Individuals with criminal records face more than 40,000 collateral consequences that lock them into second class citizenship.

JT:  Safer is the only non-profit agency to operate two secured Adult Transitional Centers (ATCs) on behalf of the Illinois Department of Corrections

What do these centers consist of and how is the partnership relationship between Safer and the state correctional department?

VD: ATC’s are residential work release centers that house 650 inmates of the state prison system who are completing the final two years of their sentence. The ATC’s provide a wide range of services to equip and prepare the inmates for private sector employment and reentry into the community and their families. ATC services include academic bridge education, high school equivalency exam preparation and testing, individual and group substance abuse therapy, medication assisted drug treatment, vocational training and credential programs, parenting and family reunification programs, job placement and retention services.

What is your transversal view on the evolution of the main challenges that prevent better results for people with criminal records? What needs to change?

VD: The main challenges that prevent better results for people with criminal records begin with the lack of understanding, in the society at large, of the collateral consequences of having a criminal record and how it creates a lifetime social disability. Dr Keesha Middlemass, from Howard University, authored a book entitled “Convicted and Condemned”, in which she describes the criminal conviction as a “social disability.” A disability that inhibits the full functioning of the individual and participation in our society, in many respects in the same manner as people who have physical disabilities. She argues that without social and legal intervention to eliminate the disability, individuals with records would never become fully functioning and productive members of our society.

Individuals with criminal records face more than 40,000 collateral consequences, barriers that lock them into second class citizenship. These barriers represent policies and laws enacted locally in all fifty states in America. Therefore, eliminating these collateral consequences becomes an enormous task because each state requires individual action. One of the most important factors is the general population’s ignorance regarding these barriers and the sheer number of people with criminal records. In the United States of America, more than 70 million people – roughly 25% of the population – have an arrest or conviction record that makes them susceptible to these collateral consequences.

We must continue to eliminate employment barriers like occupational licensing laws that preclude people with records from entering a wide range of careers. Moreover, we need sentencing reforms to address the unnecessary duration and a punitive approach to corrections. Also, cash bail should be widespread eliminated since it disproportionately results in the detention of the poor and minorities. In addition, we would welcome the expansion of sealing and expungement laws to eliminate lifetime punishment for people with records.

And, of course, policing reforms are crucial to bringing racial equity to law enforcement. So, there is a wide range of changes needed to reduce the number of people being introduced to our criminal justice system, reducing our jail and prison populations. We must ensure that people who are not a threat to public safety are not unnecessarily incarcerated, and people who are in prison truly receive rehabilitation and the comprehensive services that they need once they are released from prison, so the cycle of recidivism is broken.

The main challenges that prevent better results for people with criminal records begin with the lack of understanding of the collateral consequences of having a criminal record and how it creates a lifetime social disability.

In your opinion, to what extent have the Covid-19 pandemic and its consequences aggravated the existing reintegration challenges faced by people in conflict with criminal law?

VD: COVID-19 has enabled everyone to see problems that have existed in our society all along. When COVID-19 began in our state, the Governor’s office and the Department of Corrections asked Safer Foundation to assist inmates being given Early Discretionary Sentence Credit and released from prison to reduce the overcrowding and avoid a catastrophic spread of COVID-19 within the prisons. Within one week, we assembled a team of partners agencies and began supporting these individuals immediately upon their return to the community. We established a triage function to assess needs and linked individuals with Reentry Navigators to connect them to the various services and programs needed.

One of the consequences of COVID-19 was that the families and friends that inmates typically seek for housing were experiencing the negative economic consequences of the pandemic. Many families had members who lost their jobs and were now facing housing insecurity themselves, yet they were asked to receive a family member being released unexpectedly. The public health crisis created a situation where inmates were returning to households that were already in economic disarray, and now there is another mouth to feed with no source of income. In addition, some people being released from prison have had poor health care, have chronic diseases, and are even more susceptible to the virus.

Individuals released from prison have always faced housing insecurity, the lack of basic resources like food and clothing, transportation needs, behavioral health needs and physical health care needs. Now they have returned to a society where those needs are even more pronounced for individuals without records. With philanthropic support, we were able to provide care packages for individuals returning from prison due to COVID-19, which included food, clothing, toiletries, access to technology, housing assistance, and employment assistance.

The COVID-19 pandemic has made us acutely aware of the disparities in our society, including in healthcare, employment, and access to resources. It has also made us aware that these problems are magnified tenfold for people with criminal records, especially those released from prison during the pandemic. But we have also seen that we can implement a holistic approach to effectively assist returning residents, which we implemented during the pandemic.

That holistic approach was named our Prison Emergency Early Release Response (PEERR™) program (Readers can review a report on the PEERR™ program). This program represents the model of pre and post-release coordination and comprehensive services needed for returning residents beyond the pandemic. Our success in improving the lives of our clients requires national- and statelevel justice system reforms, policy and legislative changes, employment policy and practices changes and scaling up comprehensive/holistic reentry services with pre and post-release coordination.

Victor Dickson joined Safer Foundation as its President in 2013. His experience includes more than 20 years in the corporate sector, where he has held various leadership positions, but his roots are in social service. Dickson served for six years as Chief Operating Officer for a megachurch, directing various entities providing social services, education and relief efforts, locally and abroad. He has served on boards and commissions, including the Illinois Human Services Commission, Illinois Commission to Eliminate Poverty, Illinois Workforce Innovation Opportunity Board, and others. He is a graduate of Roosevelt University in Chicago. 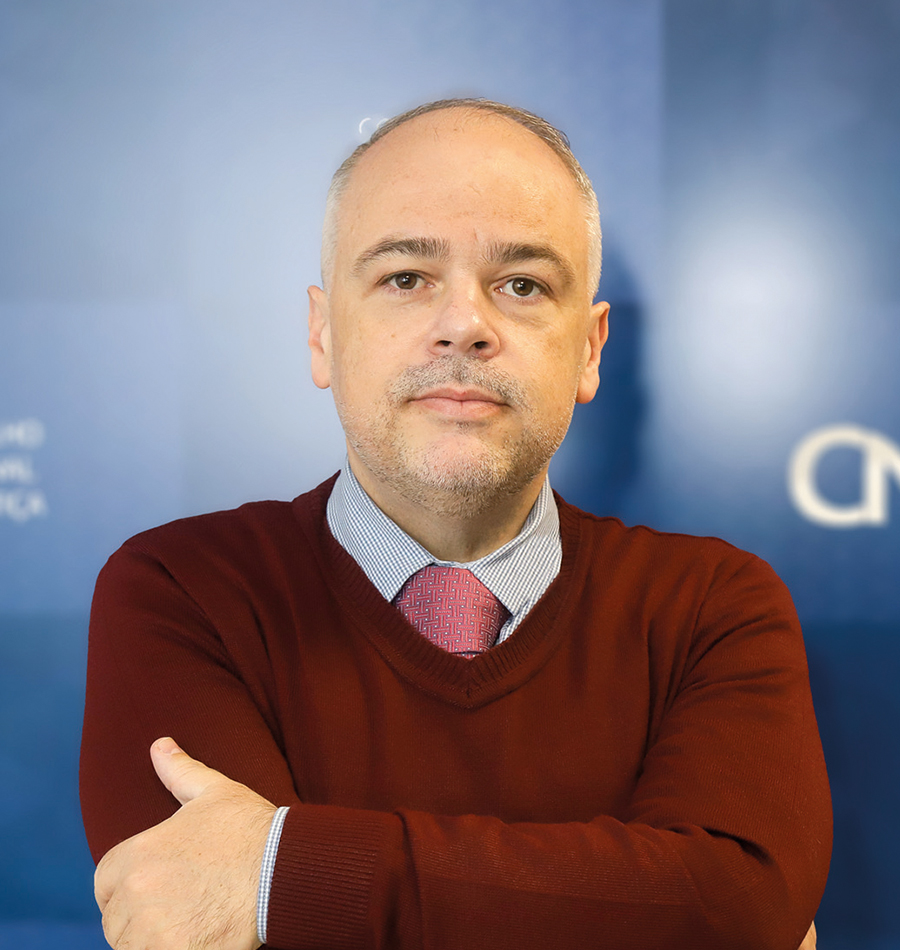