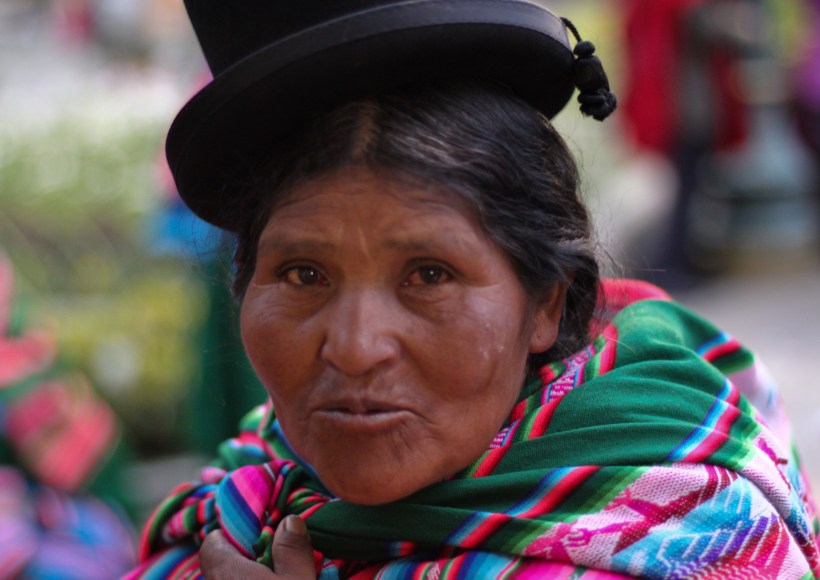 In Ibero-America, we live in democracy after ending the dictatorial regimes. In international time, that was just the day before yesterday. It should be remembered that only a few years ago women did not vote, neither actively or passively, and they were in the process of achieving this political right in the midst of dictatorships and revolutions.

The twentieth century began with these and other obstacles for women and with a very reductionist vision of justice, restricted to the litigation of all types of conflicts, in which the excessive and abusive use of criminal law marked a whole era that clouded the goodness of justice and undermined the already weak pillars of the rule of law, annulling, paradoxically and in parallel, the rights of victims.

In this twenty-first century, however, despite significant demands, women still do not co-legislate in parliaments or their representation is minimal in the face of the creation of laws, which leads us to frankly acknowledge that we have been living in a democracy since last night, without this detracting from the great efforts, sweat and bloodshed of those heroes and heroines who paid with their lives for the ticket to democracy that we enjoy today, some more than others, because some of them enjoy the VIP lounge of the so-called welfare state; misunderstood, unappreciated and poorly reciprocated by some beneficiaries.

To the extent that a State subordinates its institutions, officials and citizens to the Constitution, from which power is divided and distributed, based on a supreme legal norm, in accordance with human rights, focused on gender and respectful of international commitments, it can be said that the rule of law exists.
A good statement to bear in mind goes back to the French Declaration of the Rights of Man and the Citizen of 1789: Article 16. A Society in which the guarantee of Rights is not established, nor is the separation of Powers determined, lacks a Constitution.

Such a Declaration is so valid three centuries later that the only thing that would have to be added to the title would be: Of Women and Men, an approach that is contemplated in the Bolivian Constitution. I have no doubt that the Bolivian Constitution, as the supreme and fundamental legal norm, will become one of the most important works of legal engineering of the twenty-first century.

States are free and sovereign to nuance and imprint their own features onto the rule of law. They would be wrong not to do so because then they would enter the difficult crossroads of neither being States nor having laws.

Other democracies have had to comply with certain standards because they have agreed to do so, and it has paid off in functional and economic terms, such as the European Union integrating multi-faceted, multilingual and multicultural member countries.

Good experiences at the national level and a willingness to transfer or receive them enriches strategic cooperation and enables the international rule of law to continue to be built on: Legal multilateralism.

In the world ranking of Women in Parliament published by The Global Economy and the World Bank in 2016, Bolivia ranks second, ahead of countries like Sweden, Finland and Norway, as the country with the most women in Congress, with 53.10%. This global position was endorsed by President Evo Morales in his address to the UN at the 72nd session of the General Assembly in September 2017.

In terms of justice, we usually speak of broad socio-legal categories such as universal access to justice to keep a permanent eye on the courts and the way to resolve legal disputes. But we talk very little, for example, about the genesis of the quality of parliamentary debate as a determining factor in the quality of the legal norms that become part of the so-called legal security of a State.

In Bolivia, the architects of justice are therefore mostly women who are co-legislators with men. This leads us to correlate variables such as legal security, which is so deeply rooted in the business climate, but which increasingly extends its spectrum to elements that are vital for providing certainty and predictability in other sectors such as tourism, or labour or academic mobility between different countries.

The Global Goals of the Sustainable Development Goal (SDG) 16 of the UN Agenda 2030 go further and aim, among other purposes, to provide legal identity to people from birth, that is, to provide legal certainty and security to the living and relational environment of a person from birth.

And here, at this point, by the way, as far as the legal identity of births in Ibero-America is concerned, Cuba will reach 2030 having already done the work half a century ago, since from the 1960s onwards children have been registered in the civil registry from the hospital, a step that Portugal and Spain have also taken recently through telematics; both countries are references in the digitalisation of justice in Europe and Ibero-America.

In light of the above, one does not need to be a mathematical scholar to conclude that Bolivia will be one of the States that will arrive with the SDG work done by 2030, with a significant reduction of extreme poverty as a backdrop and as a result of articulated social policies that project a clear and unequivocal signal of the three vital stabilities of a State: Social stability, economic stability and political stability.

We have to assume that the SDG 16 in particular plays a systemic role in nothing other than the realisation of practically the entire agenda: An instrumental SDG, as defined in the World Bank’s Governance and Law Report 2017.

The goal is to understand that a State that endows a girl with rights from birth can better control the social benefits, including the 1,000-day window for her adequate nutrition, and can guarantee her food security and nutritional and biological development for the rest of her life.

Thus, Promoting peaceful societies, access to justice and strong accountable institutions at all levels is the epicentre of the rule of law in the pragmatic version (Agenda 2030) of the UN, which goes beyond the Organization’s review of the concept of the rule of law carried out at the national and international levels for several years.

An agenda nourished by a participatory and co-decision-making citizenry in terms of the great affairs of the State, such as the political arena of justice, is no longer an ideal but a global commitment of the States, in which Bolivia is also ahead due to the way it approaches the inclusive, focal and operational design of its judiciary.

The active role of its Attorney General, Ramiro Guerrero, who led the Ibero-American Association of Public Prosecutors (AIAMP) which recently handed over the Presidency to the Panamanian prosecutor in Buenos Aires, as well as the leadership of the Minister of Justice and Institutional Transparency, Héctor Arce, in our Organization, leading an Ad Hoc Group of countries that studies the benefits of a harmonized systematisation of Ibero-American International Law, are symptoms of good health for a Bolivian rule of law that wants to show its transparency and desires to share its knowledge in a highly sensitive and decisive a matter such as justice, as well as employ international justice mechanisms within the framework of its external action.

However, legal security is not a link in the chain of justice, but the raw material used to build that chain. Bolivia has just taken another exemplary step forward in the notarial field: Converting notaries into career civil servants after passing the competitive examinations. Specifically, 445 notaries, 68% of whom are women notaries.

With this, the Bolivian justice system perfects the notarial field, an aspect that is no less important because it is an area of daily law that accompanies people throughout their civil and private lives, guaranteeing certainty in the present and predictability of the future for its citizens.

The notary is to the civil and private life of citizens what the policeman is to public life. The notary is a guarantor of the legal security of individuals, the cornerstone of concrete social development in formal terms for the citizenry.

In 2016, from the General Secretariat in my charge, we embarked on a clear objective before the highest concert of the Nations: To achieve the Permanent Observer Status of the UN General Assembly, which was finally granted to us by consensus and, on the basis of this status, we will raise from the regional level a new legal voice that, as a qualified witness, will also raise to global opinion the good practices and progress of countries such as Bolivia, which have been working tirelessly towards quality justice in order to make available to other latitudes of the world the experience of justice with capital letters, which we are building from this Ibero-American Legal Space.

Arkel Benítez Mendizábal has been the Secretary General of the Conference of Ministers of Justice of the Ibero-American Countries (COMJIB) since 2015. Graduated in Legal and Social Sciences from the University of San Carlos de Guatemala, he is a lawyer, expert in Criminal and Procedural Law, notary public and also a university lecturer in subjects such as General State Theory and Criminal Law. Until his election as the head of COMJIB, he held several posts in the Government of Guatemala: he was Deputy Minister of Violence and Crime Prevention in the Ministry of the Interior, Deputy Minister of Support to the Justice Sector and Legal Adviser to the Attorney General. 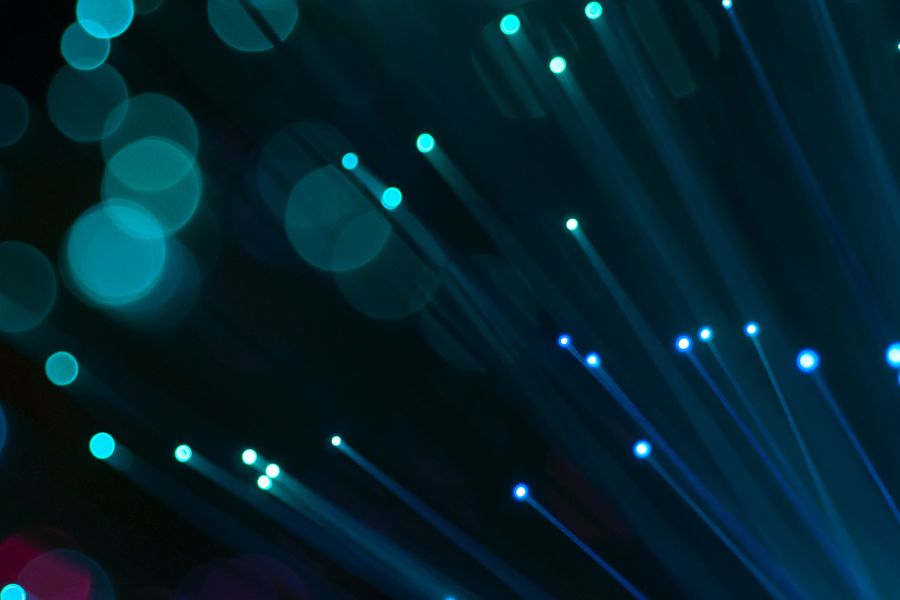