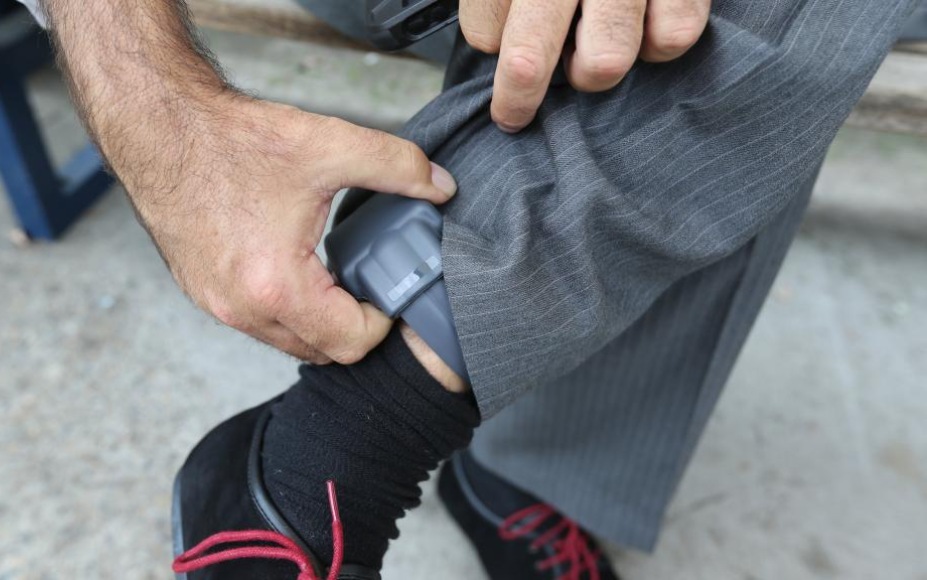 Best practices show that electronic monitoring (EM) can be an interesting tool, especially if used to serve a strategy of social reinsertion and rehabilitation.

This idea became the European standard established in the Recommendation of the Council of Europe on EM(1), in 2014, which, unfortunately, is little discussed despite its recognised importance, even outside the European scope.

Compliance with the values and rules implicit in this Recommendation has not always been proven, as, for example, in the United Kingdom.

The truth is that combining the potential of technology with resolute social work aimed at preventing recidivism is not an easy task. Each of the two terms of the equation presents significant difficulties: on the one hand, understanding of technology and its use is only done by practice and it is a slow process; on the other hand, social work aiming at modelling human behaviours, especially in the area of crime prevention/execution of sentences, tends to present results that are not always encouraging.

In Portugal, the effort to build an EM system based on this combination has been successful – despite being far from perfect – given that the results obtained over the years, and the appreciable harmony and efficiency of its performance, were well accepted both by society and by the judicial community.

It can be said that even before the 2014 Recommendation, Portugal was already in tune with its content, which soon led to the recognition of its experience by European and international peers. Besides this, at the beginning of this decade, the execution services have developed a “Guide to Implementation and Management of EM Systems in Latin America – Transfer of Best Practices”(2), at COMJIB’s request.

The idea of integrating EM in probation has gathered followers and today it is the standard driving idea in Europe. However, from that point of view, and with a good knowledge of the technologies, their use and results, I think it is possible to approach EM in a different way, reviewing concepts and ideas.

There are no surprises concerning this conceptualisation effort, since EM usually accommodates a small population, and, due to its size, it has not led to a widespread debate in Criminology.

In line with what I have been advocating for about a decade, I think that a different way of conceiving EM is to understand it or to interpret it as an intermediate punitive territory, between prison and classical probation, with systemically complementary characteristics. Such may be relevant for the strategic design of the criminal policies and respective investment options.

This other view of EM, being different from the current dominant ideology – which wants the integration of technology in probation – does not call it into question nor devalues it. It only seeks to deepen it.

I believe that this possible new punitive territory, constituted both by EM and by consistent social work properly oriented towards the social rehabilitation of offenders, could act as a communicating vessel between the other territories, decongesting and / or strengthening them: if, on the one hand, it could create safer and more credible solutions for the management of certain types of community sanctions, on the other hand, it would certainly allow some decompression of the prison territory.

Alternatives to imprisonment are now generally considered necessary, but some sectors are still apprehensive because they are not considered safe and reliable(3). EM could be an accrediting element, particularly in Latin America, by leveraging a more robust and credible sector of community sanctions and measures, furthermore, it could also be a decompression factor of probation systems that in many countries are saturated these days(4).

At the same time, EM could favour the relief of prison systems, usually by straining against incarceration and overcrowding surcharges in most countries, particularly in the USA, Latin America and Eastern Europe. The widespread degradation of numbers over the last years – despite some occasional reversal – has negative consequences, such as the increase in public spending associated with prison overcrowding, the difficulty or inability to treat detainees adequately, and the resulting social and political erosion.

In short, it would be a question of imagining the EM as a new strategic punitive territory, of intermediate characteristics, that would help to deal with certain types of medium-risk offenders in a better way, thus contributing to the reform and regeneration of the traditional punitive territories – imprisonment and probation – whose indispensability is nowhere at stake.

This view of EM as an autonomous and complementary punitive territory has its challenges. Two of them stand out: will it be available for politicians, technicians and academics to rethink the architecture of the punitive system and, consequently, create a conforming law? Is it excessive to think of EM as a rupture with the mental dogma of great expression in the legal tradition of “freedom versus imprisoning”?

These aspects are crucial because, in fact, the liberty-prison dichotomy has remained a penal paradigm, obeying a simple binary reasoning that is in deep contradiction with the complexity of today’s world.
In practice, EM objectively breaks with this logic of (relative) simplicity: it does not perform a disabling control such as imprisonment, but it can exert a high level of control over a set of variables and indicators of behaviour in time and space, such as location, compliance with pre-established schedules and movements.

It would be interesting to see an evolution of the whole correctional system (community and prison) and see the criminal law to adapt to the reality molded by technologies, allowing new solutions based on another logic – that of restriction of movements – a generic and innovative formula that seems be the most adequate to designate the activity related to the EM.

More modestly and returning to the Council of Europe’s Recommendation on EM, it could already be considered as a breakthrough if its terms penetrated the practices of public services and agencies and those of private companies.

Indeed, the Recommendation establishes the most important functional and ethical parameters for making EM’s operations efficient and, at the same time, creating a large number of duties, responsibilities and an environment of protection of rights and data (something that is often belittled). Let’s not forget that data tend to in abundance and rather sensitive, especially if derived from GPS technology.

EM could be an element that enhances the security and the credibility of criminal solutions, but only as far as these two factors occur simultaneously: the offenders monitored should be at medium risk levels – neither excessive nor, on the contrary, insufficient to justify the use of invasive monitoring technologies.

This is a matter that should lead us to think about the selection mechanisms, including pre-judicial reports. The second factor is the accuracy of operations, something that is often undervalued, perhaps due to the magical beliefs about technology, together with the undervaluation of the offenders’ behaviour and the existence of realistic and rigorous action protocols.

Notes:
(1) Recommendation CM/Rec(2014)4 of the Committee of Ministers to member States on electronic monitoring (Adopted by the Committee of Ministers on 19 February 2014, at the 1192nd meeting of the Ministers’ Deputies).
(2) Sadly, no longer available online.
(3) As I have tried to argue in “The Third Way: An Agenda for Electronic Monitoring in the Next Decade,” The Journal of Offender Monitoring, Vol. 24, no. 1, ed. Civic Research Institute. USA
(4) There are several reasons for this, including a policy of net widening, as is traditionally an imprisonment surcharge in the prison territory.

Nuno Caiado is a senior probation officer in the Portuguese correctional system and has been working in the area of execution of sentences since 1983. He started his career as a technician, then coordinated community reinsertion teams and held positions of leadership in several areas. Between 2003 and 2016, he was Director of the EM Services. He has published several articles in Portugal, Brazil, Chile, and the USA, and has done some work in Latin America and Turkey. Since 2007 he is part of the group of experts preparing the Confederation of European Probation conferences on EM.

This article is based on the publication entitled Vigilância Electrónica (in Portuguese) [Electronic Monitoring]. Organised by Nuno Caiado and published in 2017, this book brings together a set of articles on the nature of electronic monitoring (EM), namely the idea of establishing a complementary punitive territory to prison and probation. It also mentions good practices, legal and ethical aspects, and the use of EM in the field of domestic violence. Most of the articles are authored by Nuno Caiado himself (two in co-authorship), which have been published in Portugal and abroad. The book also has an article by Professor André Lamas Leite – who the author considers to be “perhaps the most clairvoyant and modern Portuguese criminalist” – who writes about EM and the trends of criminological thinking and criminal policy. Finally, it contains a reflection by Professor Mike Nellis, the world’s greatest expert on this subject, who writes about the relationship between the European criminal imaginary and EM. The preface is by João Figueiredo, Judge of the European Court of Auditors. 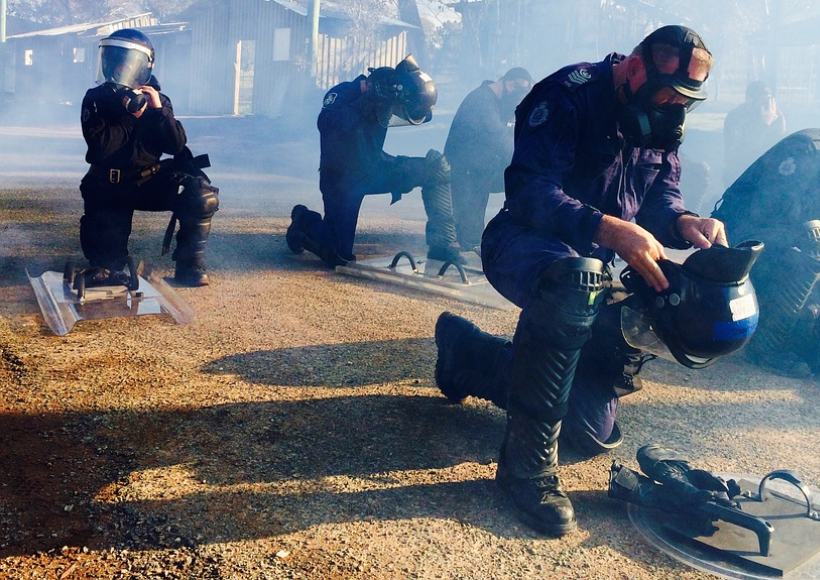 The global risk of radicalisation in prisons