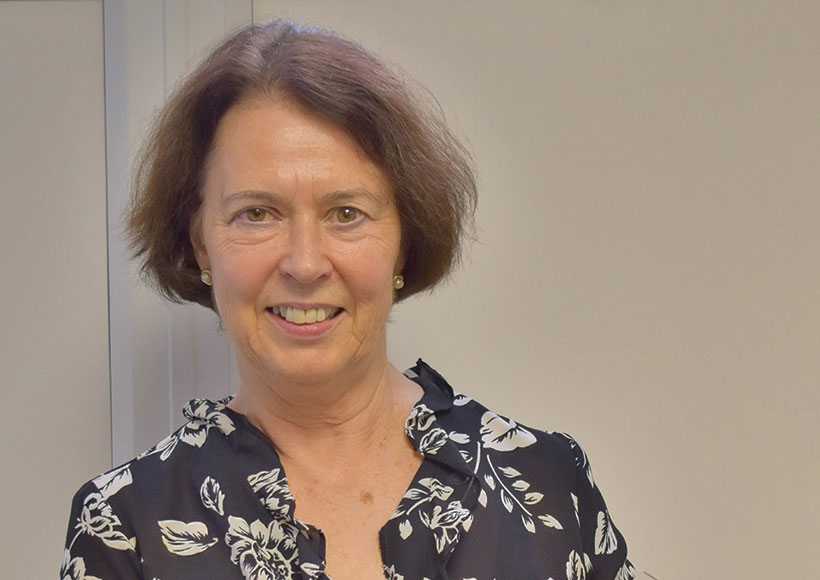 Advocating for human rights: the mirage of the de-politicisation of criminal policies

JT: What is Penal Reform International and how does it work?

AH: Penal Reform International (PRI) is an NGO that aims to work globally. We were established in 1989, and we promote fair and effective criminal justice and prison systems.

We work within the objectives of our strategic plan. We have an international advocacy strand of work as well as practical programmes that are delivered in the countries where we work, either through our own offices or with local partners.

So, we work at different levels: with international, regional and national advocacy, then through practical programmes where we work with prison departments, ministries of interior, civil society and MPs to try to promote change and practice.

Moreover, we also produce many training materials and information resources which are all on our website. Everything that we do is underpinned by international human rights standards, and we help to draft, promote and put them into practice.

JT: Where is the work of PRI most needed? Are there places where you would like to operate that you have not reached yet?

AH: We have offices in Russia (which operate in Russia, Ukraine and Belarus), South Caucasus (working in Georgia, Armenia and Azerbaijan), Central Asia (working in Kazakhstan, Pakistan and Tajikistan), the Middle East (where we work in a number of different countries, from Yemen to Morocco, Algeria and Tunisia), and we also work in Africa (from an office based in Uganda).

Where we work depends on where we have funding, and also where we have local partners that we can work with. We would like to be able to work in all countries that are under-resourced and need support to bring their prison systems up to human rights standards, but, obviously, that would be a lot of different countries! Sadly, our ambition is a lot greater than our capacity to achieve it.

As we are entirely funded through institutional grants, we can only work where we have the resources – and also where government institutions want us to. Of course, there has to be the political will to bring about change before we can be effective.

JT: What are the main priority areas?

AH: One of our major priorities is to try to keep minor and non-violent offenders out of prison; there are better ways of dealing with them than sending them to prison. This is particularly true for children.

Women offenders are also a priority because most women in prison have families, hence, by sending them to prison, not only are they being punished but the whole family too. We promote alternatives to detention, such as probation, so that people can serve a sentence in the community.

The treatment and conditions in prisons have also been major preoccupations for us since we were established, together with torture prevention. From PRI’s very beginning, we’ve promoted public oversight of places of detention, because most abuse will take place behind closed doors, whatever the institution.

We feel strongly that there should be oversight mechanisms for closed institutions. Consequently, we promote countries signing up to the Optional Protocol for the Prevention of Torture and setting up monitoring mechanisms.

We provide training and capacity building for professionals in prisons and monitoring bodies, to make sure that if there is a change, then the people who are implementing it will understand the benefits and reasons for doing it. In our strategic plan, we approach the reform of the criminal justice and penal systems in an integrated way, to achieve end-to-end change.

We have four objectives: firstly, we want to promote fair justice systems, including the right to have a fair trial, the right to legal aid, and the right for people not to be held in pre-trial detention for a long time, waiting for their case to come up.

Then, we have a second aim that covers proportionate sentencing, which means that the court should take account not only of the circumstances of the offence but also of the offender when determining the appropriate sentence.

This is a big area of our work because it covers alternatives to detention such as probation and community service, as well as our campaign for the abolition of the death penalty. Some groups of offenders require special attention – for example, children should only be sentenced to detention as the last resort; a woman may have childcare responsibilities that will be badly affected by her imprisonment.

And then our final aim has to do with rehabilitation of offenders: if prisoners are released to exactly the same situations as before, they’re quite likely to re-offend because what has made any difference to them?

It can be quite dispiriting to feel that some countries are becoming more closed to the idea of accepting universal human rights standards.

JT: What has been PRI’s role in supporting the implementation of the Mandela and Bangkok Rules?

AH: We’re very fortunate to have a status with some UN bodies that allows us to be invited to expert meetings to draft, revise standards, or agree good practice in an area of our expertise, such as meetings convened by UNODC to discuss handbooks on good practice.

The process to draft the Bangkok Rules had started just before I came to PRI, ten years ago, when we were invited to the first meeting in Bangkok, to discuss drafting the rules. We made our contribution towards drafting the rules, and we were probably the leading NGO to take action as soon as they were adopted.

We produced a lot of practical guidance on implementing the rules, including an online learning course that has been quite useful for a number of prison departments. We found it very striking that there was a wide range of people in different countries that have completed this online course on the Bangkok Rules, both individually and institutionally.

We also have a hard-copy version which can be incorporated into face-to-face training as well. It’s got quizzes and tests, as well as the basic information; it’s actually quite challenging.

Moreover, we’ve produced a lot of printed guidance, delivered training courses, attended conferences, and produced some country research on the characteristics of women offenders. The Bangkok Rules called for more research on this topic, so we carried out research in seven different countries.

Interestingly, this found quite a strong connection between women experiencing domestic violence or sexual abuse and then offending; this has become much more widely recognised over the last few years.

With the Mandela Rules, we played a similar role as the Bangkok Rules: we were very much involved in drafting them and advocating for their adoption. And again, since they were adopted, we’ve been very involved in training prison officers and in producing guidance on implementation, including short guides that are easily accessible for prison officers and so on.

We try our best to promote both the Mandela and the Bangkok Rules in every way we can. In every country where we work there will always be an element regarding them, and also of being sensitive towards the needs of women and children. I would say that they’re pretty much mainstream in all of our programmes.

JT: What are your main objectives for the upcoming years?

AH: One of the issues on our horizon is the rise in violent extremist and radicalised prisoners; this has become a very big concern in many countries.

Over the last two years, we have done a great deal of work in gathering information, attending roundtables and conferences, trying to develop and disseminate a body of good practice.

When we’re training prison managers, they are very worried about this particular group of prisoners, and we do know that simply putting people into solitary confinement doesn’t solve the problem, it just makes them angrier and it doesn’t deal with the causes. So, that is going to remain in our plans for the future.

Additionally, probably in 2018, we want to focus on people serving life imprisonment. As sentences get longer and with the abolition of the death penalty in some countries, people are more often sentenced to life imprisonment. Our Chair, Professor van Zyl Smit, is about to produce a huge research project on life imprisonment and we are very interested in following up on it, to see how we can adapt the policy to try and define what might be good practice in managing such sentences.

Also, we are always very interested in the health of prisoners, including mental health – a very difficult area to find funding for, partly because it’s often an unrecognised problem; a lot of prison staff are not trained in recognising signs of mental illness. And also, sadly, the long-standing issues are still ongoing, and there is still a great need for change.

The de-politicisation of penal policy would be a good start but perhaps it is very ambitious.

JT: What major challenges has PRI been encountering?

AH: We are very concerned that there seems to be less respect for the concept of human rights in some countries, and also less tolerance of NGOs, particularly those that are international and promote human rights.

We’re an organisation that does know how to put the international standards into practice, and if States and governments want to do that, then we can help them. In the countries where conditions are worse, there is probably the least interest in applying human rights standards – so, there’s always going to be the challenge of how we get public and political support to bring about change.

Sadly, prison and criminal justice policy is often a political issue. If only policy was evidence-based, then we’d be able to make further progress. The de-politicisation of penal policy would be a good start, but perhaps it is very ambitious.

Alison Hannah joined Penal Reform International in 2007. She first started advising on prisoners’ rights and complaints against the police, and then she studied Law, specialising in legal aid. She also has experience in quality assurance and training in the not-for profit sector. She has a degree in Social Science and a master’s in Business Administration. 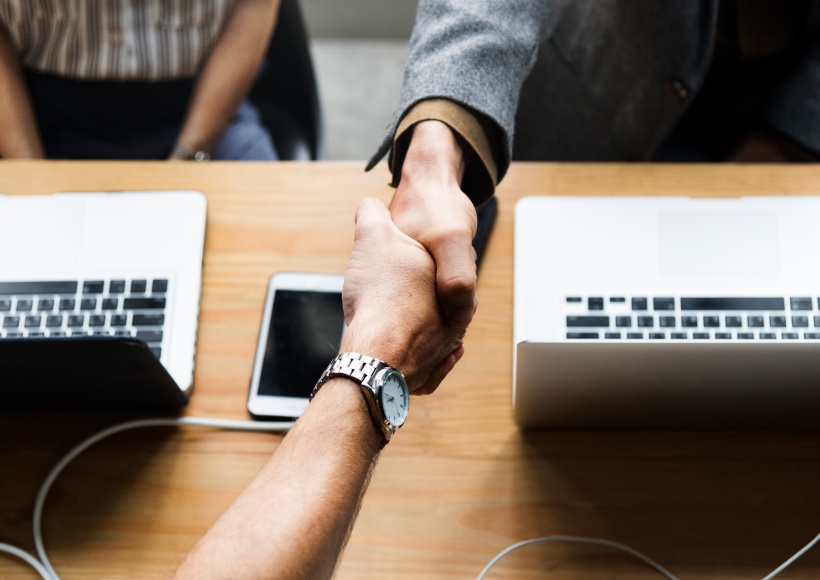