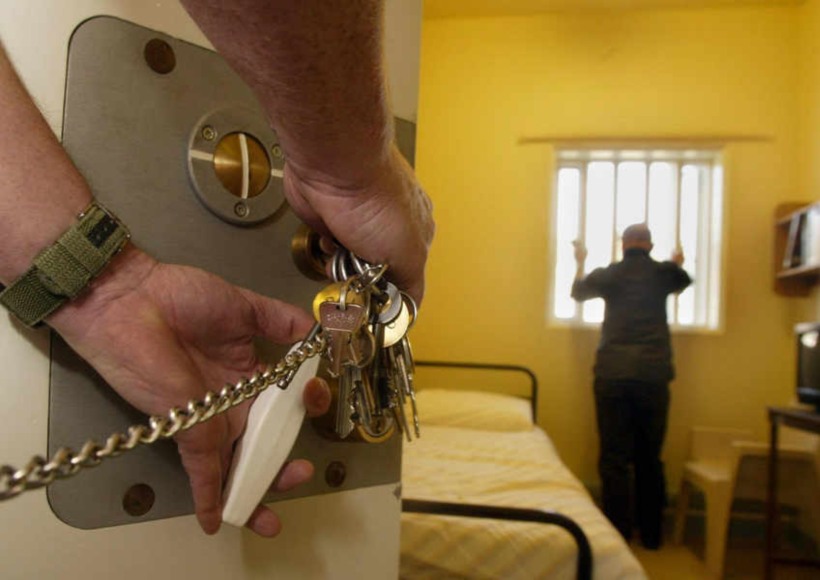 More short prison sentences or alternatives: which way do we go?

In the last 40 years, one of the main concerns for prison administrations was the reduction of prison populations. The obvious way of dealing with such an issue was the search for alternative community-based solutions. During this period, quite the whole Europe created or improved the role and the position of probation services inside the criminal justice system.
After several decades of change and reforms, the intermediate assessment is more likely to be a mitigated success.

There are some positive developments. For example, many countries achieved the durable reduction of the overuse of prison; some others reached the point of sustainable control of overcrowding. Nevertheless, the primary goal of the introduction of alternatives did not solve the problem of massive turnovers among prison populations. Generally, this kind of phenomenon occurs when considerable parts of short prison terms must be managed by prison systems.
Empirical evidence tends to confirm this relative improvement for prison and probation in Europe. Since 1983, a systematic collection of the penitentiary data was established on the level on all member States of the Council of Europe. These aggregated statistics known as SPACE (1) are validated and cross-checked by national and international experts. Data from this unique and harmonised source allow a reliable analysis of the punitive practices within European boundaries.Punishment is a legal and judicial act, but the mission of prisons is to rehabilitating people who got inside. Yet, the diversity of practical issues observed across Europe does not lead to a unanimous view that prisons are places of the final stage of the criminal justice funnel and the first step to the bridge between punishment and reintegration into society. Indeed, prison should not cut the link between the offender and what is supposed to be normal in the society. So, the inherent penitentiary problems such as overcrowding, lack of financial resources, a too high number of inmates per each member of professional staff, and many others cannot justify the proper execution of short prison sentences.

During the past twenty years, about 50% of European prisons experienced overcrowding at different moments of their evolution. Of course, some of the jurisdictions detected the premises of the forthcoming complications related to this phenomenon quite quickly and managed to reduce the density of inmates lastingly in respect of the available capacities. That was the case for example in the Netherlands and Germany. Although since 1999, when the recommendation of the Council of Europe on overcrowding started to be spread among its member States, the systematic and evidence-based forecasting of prison capacities is sporadically applied only in a few countries (e.g., Denmark, Ireland, and the Netherlands). Apart from affecting the physical conditions of detention, the overcrowding plays the role of a “traffic jam” at security and the proper implementation of rehabilitation programmes in custody.

Therefore, a series of pilot-projects and judicial initiatives across Europe embedded the need for community-based alternatives (2) in order to divert several categories of offenders from prison and keep them in the community. As a consequence, we could expect community sanctions to reduce the use of at least short prison terms if not the whole palette of custodial sentences. Unfortunately, the assessment of the most recent trends, from 2010 to 2015, shifts towards a relative net-widening (Aebi et al., 2015; Phelps, 2014) rather than a proper use of alternatives.
According to our observations (3) , there is a positive trend to reducing the stock of prisoners who are serving prison sentences of less than one year. Nevertheless, one should be cautious when giving an interpretation to this result. When we compare the changes in the rates per 100,000 inhabitants of these countries, the result is quite problematic. Between 2010 and 2015, the “short-prison rate” decreased only by 4%. On the opposite, the growth of community sanctions and other forms of non-custodial supervision was very quick. The increase in the “probation rate” in all considered countries reached +43%. Apparently, such discrepant trends cannot explain the slow reduction in the number of short-sentenced prisoners.

A series of explanations can be offered, and some of them are directly related to the changes in the structure of prison populations. We believe that a part of the people who were previously likely to be sentenced to short-prison terms are diverted to the community. Yet, there are as well those who instead of short sentences receive harsher and longer prison sentences. Another possible explanation is a more broad-based perception of the punitive policies, risks, and the probability of reoffending. In that line, countries that recently experienced the strong pressure of mass-violent acts adopt a restrictive approach to all the categories of offenders, including those who committed minor offences. The bunching due to these reasons receives a more current explanation, the one related to the over-representation of foreign inmates in some of the European prison populations, and for whom the alternatives are currently inapplicable.

Finally, our goal was to examine one of the many problematic issues related to the mass supervision (McNeill & Beyens, 2013) in Europe. No specific conclusion can be provided here, as further research is undergoing and we work on a more detailed analysis of explanations for possible in-depth causes of the situation.

(1) SPACE is the French acronym of Statistiques Pénales Annuelles du Conseil de l’Europe. For more details on the history of the project and the most recent data on custodial and non-custodial sentences, see www.unil.ch/space.
SPACE team at the University of Lausanne: Marcelo F. Aebi (PhD), Mélanie M. Tiago (MA), Christine Burkhardt (MA), and Julien Chopin (PhD).

(2) The Confederation of European Probation (CEP) plays a great role and spreads the best and most recent available knowledge on such programmes. See e.g. the knowledge database of the CEP: http://www.cep-probation.org/knowledgebase/

(3) Our analysis is based on the data provided by 29 European jurisdictions: Armenia, Austria, Azerbaijan, Belgium, Bulgaria, Croatia, Denmark, Estonia, Finland, France, Greece, Hungary, Ireland, Italy, Latvia, Lithuania, Luxembourg, Moldova, Netherlands, Norway, Portugal, Romania, Serbia, Spain: State Admin., Spain: Catalonia, Sweden, Switzerland, UK: Eng. and Wales, and UK: North. Ireland. From a methodological point of view, it should be stressed the use of the following categories of sentences:
for prison sentences were included all custodial terms up to one year (without pre-trial detention), and for probation were excluded semi-liberty, conditional release, and other forms of supervision that may possibly include supervision after a prison term.

// Natalia Delgrande is a criminologist. She is a part-time lecturer in penology at the School of Criminal Sciences of the University of Lausanne and the Deputy Head of the Information and Documentation Unit at the Swiss Prison Staff Training Centre. Her core activities relate to the analysis of trends in corrections across Europe. She is interested in typologies of penal populations and punitiveness. She is contributing to the research on institutional adjustment and primary desistance from crime.

// Marcelo F. Aebi, Ph.D., is a Professor of criminology and vice-director of the School of Criminal Sciences at the University of Lausanne. He studied at the universities of Buenos Aires and Lausanne, and was a visiting fellow at the Rutgers School of Criminal Justice and the Max Planck Institute, in Freiburg. He was also professor of criminology at the University of Seville and the Autonomous University of Barcelona. He is a consultant expert of the Council of Europe, a member of the European Sourcebook Group, and the Executive Secretary of the European Society of Criminology. 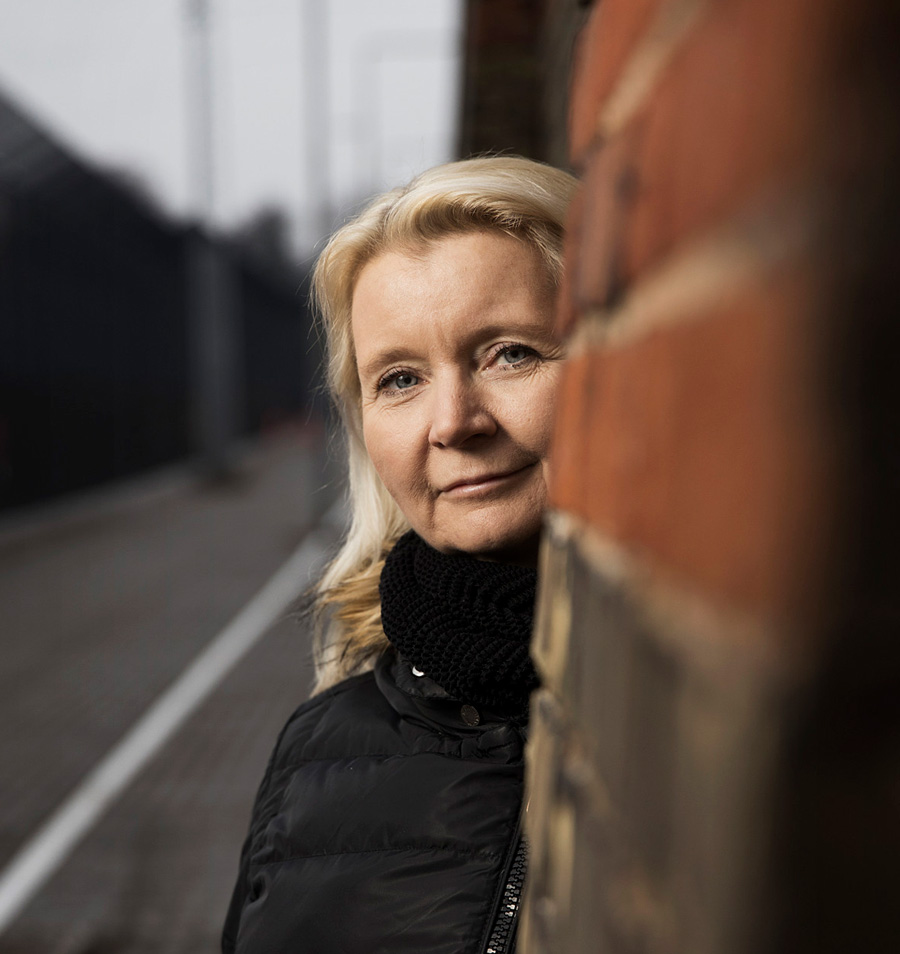