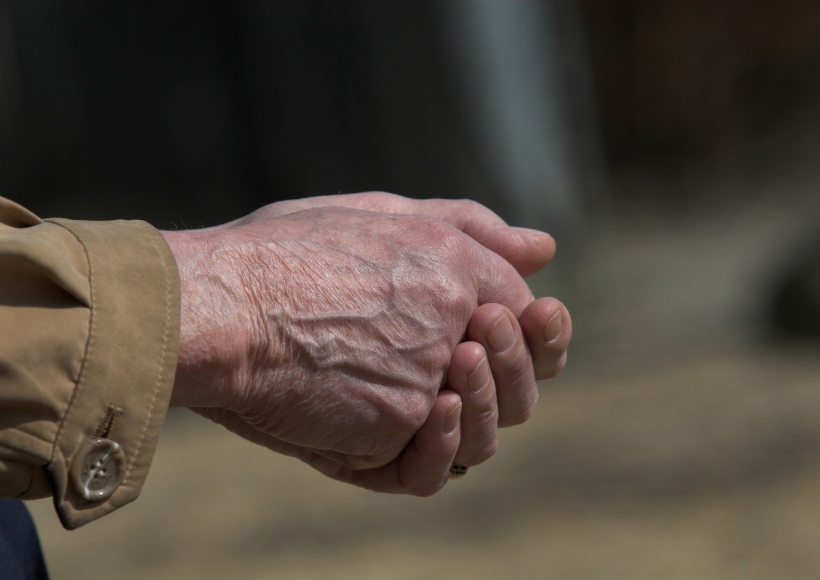 Old and Forgotten Behind Bars: Facing the Crisis of the Elderly in Prisons

Most of the treatment literature in corrections focuses on the challenge of ‘reintegration’ – how best to encourage and support offenders to live pro-social lives once they return to the community.

This is a laudable correctional aim. But forgotten within this paradigm is the sizable and growing proportion of offenders who either know they will age and, quite likely, die in prison (long term and life sentence prisoners) or who are already elderly and faced with living most, if not all, of their ‘golden years’ in the prison context.

The issue of managing the elderly in prisons has emerged as one of the most significant and unplanned for crises in corrections (Porporino, 2014). Though it may be of most concern in developed nations, where life expectancy has steadily and significantly increased, the problem is growing quickly in developing nations where long prison sentences are becoming a matter of course.

It is an issue that has caught many jurisdictions worldwide by surprise as the ageing of their prisoner population has become more obvious. Clearly, it is a situation that obliges action in accordance with numerous declarations of respect for human rights endorsed by most nations of the world.

The elderly in prison, like all prisoners, have the right to be treated with respect for their humanity and inherent human dignity; to not be subjected to torture or other cruel, inhuman, or degrading treatment or punishment; to receive appropriate medical and mental healthcare; to have reasonable accommodation for their disabilities; and to be provided activities and programs to support their rehabilitation (1).

The scope of the problem is significant. The number of prisoners age 55 or older in state prisons in the US has increased by 400% between 1993 and 2013 (Carson & Sabol, 2016). The elderly constitute the fastest-growing sector of the prisoner population in the US, which is now at least 5 to 8 times as large as it was in 1990 (Human Rights Watch, 2012).

By the year 2030, it has been forecasted that older inmates will represent over one-third of the U.S. prisoner population (Durham, 1994). The figures are similar in other countries. The 2014-15 Annual Report to Parliament from the Office of the Correctional Investigator in Canada highlighted the issue of an aging prison population, noting that one in four federal inmates are 50 or older, a proportion increasing by nearly one-third in just the five years before the report was issued.

In England and Wales, it was reported recently to the House of Commons that 12% of prisoners are aged 50 and older and the proportion in this age grouping has more than doubled since 2002, significantly outpacing all others age categories (Berman & Dar, 2013). In Australia, the proportion of prisoners over 50 has more than doubled in the last several decades (Dawes, 2005).

The power of numbers often influences priorities. Unfortunately, in the case of the elderly offender, the influence so far seems to have been limited. Scarcity of resources, resistance to changing longstanding policies and procedures, lack of government support, as well as insufficient ‘urgency’ regarding the need to address the particular vulnerabilities of older prisoners, have all led to some stalling of efforts in developing a set of geriatric-informed correctional practices. But as the proportion of older and elderly offenders continues to grow steadily, correctional services cannot escape this difficult dilemma.

Even only the most basic and minimal level of health care for elderly prisoners has been estimated to cost roughly two to three times that for a younger prisoner (ACLU, 2012). But correctional healthcare budgets are typically not adjusted accordingly. Various specialised ‘external care expenditures’ can constitute up to 70% of these health care costs. The growing need for hospice care for the dying is being filled mostly with volunteers and fellow prisoners as care workers.

Prison design, for the most part, still focuses on facilities for the young and able-bodied, not the frail, disabled or chronically ill individual. But though the physical environment of most prisons can be admittedly oppressive for many elderly prisoners, especially if they are also frail or disabled (e.g., poor lighting and ventilation, being housed too far away from dining rooms, outdoor areas and toilet facilities, sleeping in bunk beds, limited recreational or work opportunities), perhaps the emotional and psychological coping and adaptation needs of the elderly prisoner have been ignored even more.

The elderly in prisons, particularly if they are relatively few in number, can tend to be forgotten and neglected, both by correctional officers in their day-to-day interactions and by the prevailing institutional regime (i.e., routines, regulations, timetables etc.). Some groundbreaking ethnographic research of the elderlies’ experience of imprisonment in the UK has coined the phrase ‘institutional thoughtlessness’ to refer to this reality (Crawley & Sparks, 2005).

There may be critical periods in the lives of the elderly prisoner when despondency and depression can set in even more acutely (e.g., the early transition into the prison subculture for the late-life offender; pre-release panic for the long-termer; following the death of a fellow prisoner … etc.).

Monitoring moods and patterns of adjustment of the elderly can allow for early supportive intervention, perhaps exploring the benefits of less change-oriented and more acceptance-oriented therapeutic models, for example, focused on alleviating the internal struggle of thoughts and feelings related to the inevitability of life in prison.

For the elderly long-termer, a prison career (a life-long job in prison) may be the only truly meaningful option. Many of these offenders can find meaning and identity in their work in prison — in vocational training shops or arts & crafts classes as instructors, as literacy promoters or teachers, in prison maintenance work, as librarians, bookkeepers, clerks, and a variety of other prison jobs.

Other elderly offenders may already have pursued careers in the community (e.g., accomplished perhaps as teachers, attorneys, accountants, priests, businessmen …etc.), and may bring with them various talents (e.g., as musicians, artists, gardeners, educators). Not capitalising on these capabilities and talents in some fashion within the correctional environment is an incredible waste of resources.

The American Civil Liberties Union report ‘Mass Incarceration of the Elderly’ (2012) has highlighted the need for a broad revision of harsh sentencing practices that have caused the problem in the first instance, including recommending the presumptive granting of conditional release to elderly offenders who pose little risk to public safety.

The Human Rights Watch Report ‘Old Behind Bars’ implores correctional officials to pursue a range of strategies, including undertaking a comprehensive analysis of older prison populations to determine whether, and to what extent, they are being provided with adequate housing, medical care, and programs that respond to their unique needs and vulnerabilities.

And finally, a thorough UNODC report, the ‘Handbook on Prisoners with Special Needs’, offers an exhaustive set of recommendations for management of the elderly prisoner within the correctional environment (Atabay, 2009). The report should be required reading for all corrections officials.

The elderly offender is still treated as distinctly marginal and remains more or less peripheral to policy and advocacy within most correctional jurisdictions. Where innovative practices have emerged, it has been typically because of the local efforts of determined corrections professionals, often in partnership with the voluntary sector.

Despite their increasing numbers, elderly offenders have not yet attained visibility as a national or international policy issue in corrections. But the evidence is now available and the issues have now been well formulated and presented by numerous researchers (Aday, 2003; Crawley & Sparks, 2005, 2005a; Lemieux et al. 2002; Maschi et al., 2014), the media, high profile human rights groups (HRW, 2012; ACLU, 2013), and even government reports (Atabay, 2009; Kennedy, 2008).

As with other complicated issues facing correctional services, however, a sporadic or spotty innovation that occurs here and there will not be able to address fully the challenge of managing the elderly in corrections. An overarching and integrated framework is needed, supported by politicians, policymakers, practitioners, researchers, the non-governmental sector and the public at large.

Reforms are needed both for reasons of humanity and cost-effectiveness in supporting public safety. They should encompass the needed legislative change in sentencing practices, new policy formulation, development of geriatric-sensitive programming and services, prison design, staff training initiatives, and community partnerships to aid in the very real challenge of managing the elderly offender. The evidence on which to base all this is now there. All that is needed is for the sense of ‘urgency’ to deal with the issue to begin spreading.

Frank Porporino has a Ph.D. in clinical psychology and a 40-year career in corrections as a front-line practitioner, senior manager, researcher, educator, trainer, and consultant. Frank has promoted evidence-informed practice throughout his career and his contributions have been recognised with awards from a number of associations including the ACA, ICCA, Volunteers of America and ICPA. Currently he is Editor of the new ICPA practitioner-oriented journal, Advancing Corrections. 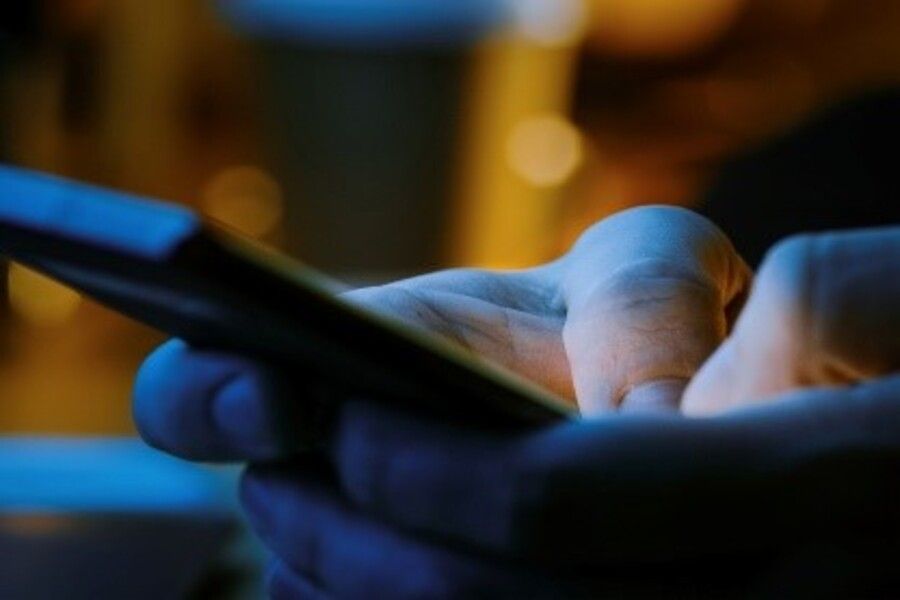